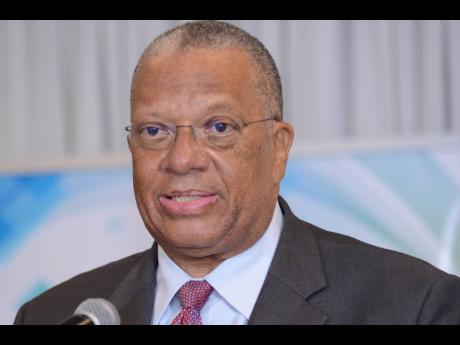 Leader of the Opposition, Dr Peter Phillips, has described Prime Minister Andrew Holness' decision to change the by-election date for the East Portland seat as 'incompetence of the highest order'.

In a release to the media, Dr Phillips says the botched attempt by the Prime Minister to set an election date is an act of gross incompetence and ultimately an expression of disrespect to the Jamaican people in general and the voters of East Portland in particular.

He says this unprecedented act boggles the mind as to the quality of legal advice being provided to the PM.

"This should never happen in any self respecting democracy without someone being held accountable," Dr Phillips said.

He called on the Prime Minister to provide a proper explanation to the citizens as to how an election date could have been announced before a thorough check for compliance with provisions of the Representation of the People Act.

Dr Phillips said he held discussions with the legal advisers of the People's National Party and is now satisfied that the new nomination date complies with the law.

He said that it is unfortunate that the Prime Minister's "terse announcement" this evening did not even contain an apology for this "disrespect" as many had put in place personal arrangements for both nomination and election dates.