Darts taking off in western schools 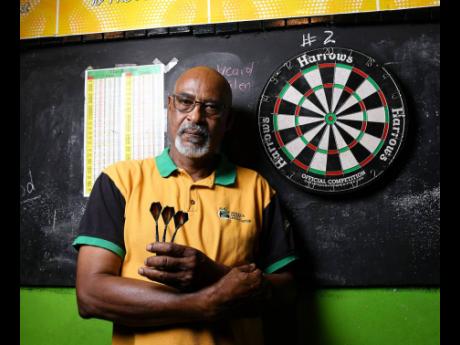 President of the Jamaica Darts Association, Winston Ferguson, is pleased with the grounds the association managed to cover last week in introducing the sport to schools in western Jamaica.

The initiative culminated on Friday with a five-team competition at the MoBay Cricket Club.

Mount Alvernia, Holland, Irwin, Spot Valley and the Jamaica Christian School for the Deaf were the schools participating in the one-day event in preparation for a national school league later this year.

"These payers take darts seriously. This is actually a five-school challenge leading up to the national league. It is a conscious effort on our part at the Jamaica Darts Association to get the youth programme up and running," said Ferguson. "I'm pleasantly surprised that when we take the darts to schools these children gravitate to it like a magnet."

Mt Alvernia's Kemayia Wills, who represented Jamaica at the 2018 Caribbean Darts Championship in Trinidad just a few months after being introduced to the sport, said that the experience was exciting and is just looking to grow even more in the sport.

"I didn't really know anyone or a lot about the sport. I was also travelling for the first time given the opportunity by a sport, so I was excited to represent my country and all," Wills said.

"That (development in the sport) wasn't really a challenge because it's not really how long you are in the sport. Sometimes you can just come in and play the same as everyone who has been there for a while. The only difference is that they will have more knowledge so they will know what to expect, but it's not hard to catch up," she said.

When asked about the national league and her future in the sport, Wills, said she's just looking to continue training hard and working on her temperament.