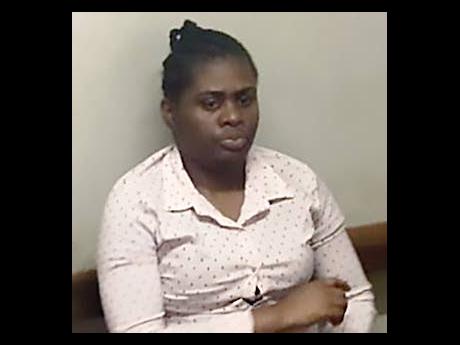 Peta-gay Ffrench, the woman accused of stealing a baby at Victoria Jubilee Hospital in Kingston on January 9.

The Kingston and St Andrew Parish Court a short while ago ruled that the woman accused of stealing a baby from the Victoria Jubilee Hospital on January 9 of this year, is fit to plea.

A psychiatric evaluation for Peta-Gay Ffrench dated February 22, 2019 was heard in court today.

Parish judge Sanchia Burrell read from the report saying, "No psychosis and no treatment. Accused is fit to plea."

The accused was represented today by Stephen Shaw who was sitting in for Rachel Donaldson.

The matter is now set for mention on March 21.

Ffrench was further remanded until then.

Ffrench, 28, is of a Harkers Hall, St Catherine address. She is charged with child stealing.

She was accosted on February 5 after she turned up at the Registrar General Department and made an attempt to have the month old baby registered.

The infant, Sae'breon Hutton was handed over to his rightful parents, Suzett Whyte and Sinclair Hutton after a DNA test.

Peter Champagnie is watching the proceeding on behalf of the parents of the baby.