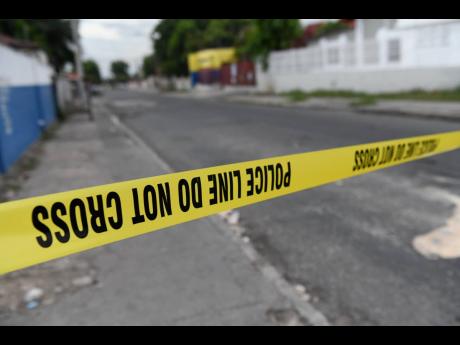 Following Sunday night's shooting death of yet another member of their community, residents of Salt Spring in St James are again begging for the resumption of the state of public emergency (SOE), which they believe is the only tool capable of creating a buffer between them and marauding gunmen.

"If dem don't bring back di emergency, we will remain like sitting ducks to the gunmen, who are steadily destroying the community," a resident told WESTERN STAR yesterday.

"We need the soldiers and police back inna di community. Dem nuh see gunman a shoot we down like birds?"

The resident, who was expressing both fear and frustration, was reacting to the death of 39-year-old Dwayne Harrison, a carpenter, who was attacked and shot dead by gunmen as he walked through the community shortly after nightfall on Sunday.

According to police reports, shortly after 7:30 p.m., Harrison was walking along Dooney Lane in the community when he was ambushed by a group of armed men, who shot him multiple times. Harrison is the 29th person to be murdered in St James since the start of the year.

Chairman of the St James Police Civic Committee, businessman Dr Lee Bailey, said that he is not pleased with the way things have been happening in the parish since the SOE ended on January 31.

"The reason why the state of emergency was so successful was because they had resources out there and they were active," said Bailey.

"There is no reason why the same approach cannot continue in terms of keeping the security forces fully engaged. In fact, that was what I expected would have happened."