Crime down in St Elizabeth – police 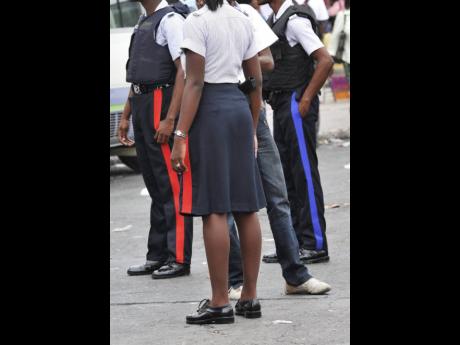 The St Elizabeth police have reported a 30 per cent reduction in major crime across the parish compared to the corresponding period in 2018.

As at March 10, according to statistics, four murders were committed in the parish, one less than in 2018 over the same period.

"The four murders are all attributed to domestic violence, and those are issues involved disputes," said Minott. "It's sad that these issues continue, where persons seek to resolve disputes and conflicts by way of violent means. We have taken many steps over the years, and we continue in terms of engagements, trying to make persons aware, pointing persons to avenues where they can address conflicts," he said.

Nine firearms have been taken off the streets so far this year by the St Elizabeth police. Minott accredited this to the increase in police personnel.

He said that the additional police personnel "have allowed us to focus more on ensuring public order and safety".

"We would have seen successes from very early in the day, certainly in terms of public order, free flow of traffic, and vendors being off the streets," said Minott.

Earlier this month, a man was found with an illegal firearm and ammunition in Santa Cruz.

"We are moving to place him on a number of identification parades, so that's where it is at, and we are confident in terms of making some breakthroughs in that regard," Minott said.