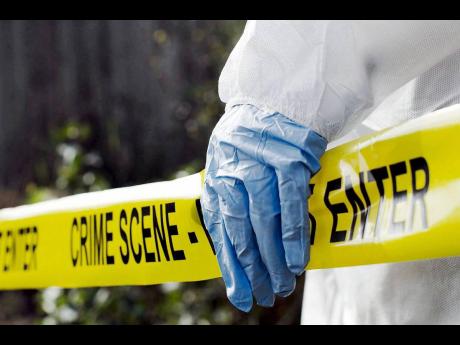 The Lucea police in Hanover have launched a probe into the death of a popular taxi operator, who was fatally shot by a licensed firearm holder during a dispute in Lucea on Saturday night.

The dead man has been identified as 45-year-old Ian Irving, otherwise called ‘Bling Dawg’ of a Central Avenue address in Lucea.

Detective Inspector Carl Brown, the acting crime chief for the Hanover Police Division, said that at this time, charges have not been laid against the licensed firearm holder.

“We are treating this incident as a fatal shooting,” Brown told WESTERN STAR.

“It is a very unfortunate incident, but the complainant was stabbed and injured by the deceased.

The police are still carrying out investigations into the matter, but so far, we have not seen where criminal charges will be laid against the licensed firearm holder. “

Reports from the Lucea police are that at approximately 7:45 p.m., Irving, who usually plied the Negril to Lucea route, drove his vehicle to Lucea and parked it at the entrance to the complainant’s business.

An employee reportedly instructed Irving to move his car, but the taxi operator refused and became boisterous. The business operator, who was close by, saw what was taking place and approached Irving, before also asking him to move his car. It is reported that Irving spewed expletives at the business owner, and an argument ensued.It is further alleged that Irving brandished a knife, which he used to attack the businessman and inflict stab wounds to his upper body.

The businessman pulled his licensed firearm and shot Irving in his upper body. He was rushed to the Noel Holmes Hospital where he was pronounced dead.