Jamaican accused of killing wife, daughter in US 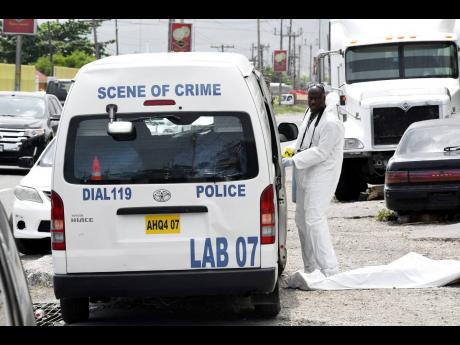 A Jamaican, who is reportedly on the run, is listed in the United States as the prime suspect in the murder of his wife and daughter, after their mutilated bodies were found at their Florida home.

Information reaching THE STAR is that the police across the region, and federal authorities in the US have combined in their search for murder accused, Noel 'Massive' Chambers.

It is believed that he may be headed to Jamaica.

According to www.foxnews.com, Florida cops are hunting a father, who allegedly used a machete to kill his wife and 10-year-old daughter last Saturday.

Chambers, 57, a native of Jamaica, used an edged weapon to kill his spouse and child, Miami Gardens police said.

Chambers' wife, Lorrice Harris, was discovered dead on the back porch of the couple's apartment, and the body of Chambers' young daughter was found inside.

Chambers' adult daughter, Shanalee Chambers, was discovered outside the apartment with multiple injuries.

THE STAR understands that she is in critical condition.

Reports are that the attack allegedly occurred after Harris came home from celebrating her birthday.

She and Chambers allegedly began arguing about their pending divorce, ABC News reported.

A reward of up to US$3,000 has been listed for any information leading to his capture.

"We believe the trigger was she wanted a divorce from him," Ernie Saunders, Harris' brother, told the media at a press conference on Monday.

Police said in a statement that they had "probable cause to arrest Noel Chambers for a double homicide."