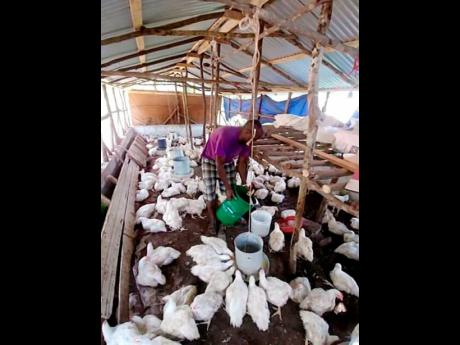 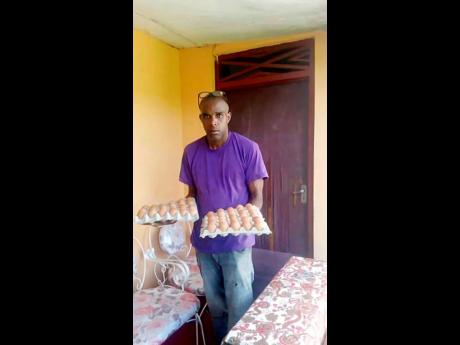 Andrew Rashford shows off some of his eggs. 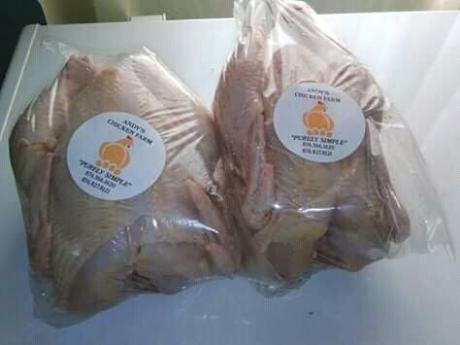 A couple of the chickens that are ready to be sold.
1
2
3

Two years ago, Andrew Rashford left Montego Bay, St James, and journeyed to St Elizabeth with the hopes of furthering his career as a chef.

However, after numerous attempts to get a job there and not getting the response he desired, the 47-year-old decided that something else needed to be done.

That is when he decided to start a chicken farm.

"I worked for over 20 years as a chef. The main reason for leaving Montego Bay was to get a job in St Elizabeth, but it was not working out. I said let me turn to farming because my father was a farmer. I had some idea about rearing chicken, and I did that," he said.

While he has gained from the business, Rashford said that the venture has also been helping farmers in the area.

"I see that this is working out well for me. I supply chicken mostly to local restaurants in and around Santa Cruz, Junction, Mandeville, Black River areas. My point has also become a distribution point because other farmers come to me. I buy from them and take their goods to make up my order," he said, while pointing out that he still loves to cook.

Despite the current success, Rashford said that he is seeking to expand his services to the wider Jamaica and want potential customers to reach out to him.

"My value is not just a chicken farmer but as a distribution point where people can reach out to me and get their products. I would also like to deliver to other high schools in the area. I take pride in my business because all my chickens are properly bagged and have a proper logo," he said.