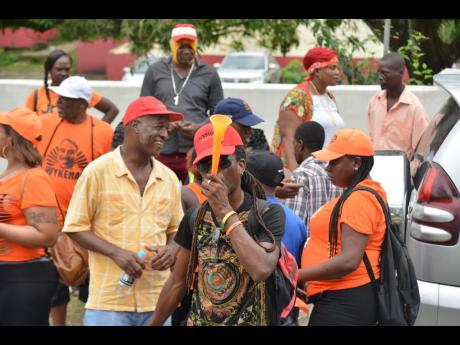 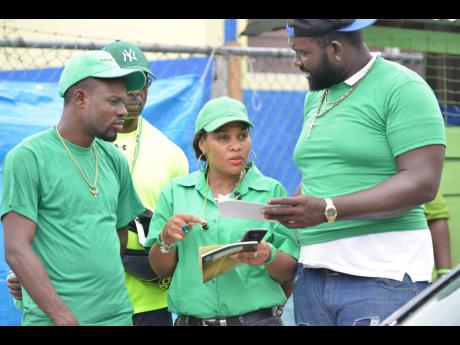 The voter turnout in East Portland has exceeded that of the 2016 general election, and polling stations have not yet closed.

According to the Electoral Office of Jamaica, there was 47.32 per cent voter turnout between 7 a.m. and 3 p.m. The turnout at the close of polls in the last election was 43.93 per cent.

Damion Crawford is contesting the seat for the People's National Party (PNP). He is up against the Jamaica Labour Party's Ann-Marie Vaz.

The seat became vacant following the death of the PNP's Dr Lynvale Bloomfield, who was murdered in February. In 2016, Bloomfield got 8,606 votes to the JLP's Derron Wood's 6,330.

Meanwhile, Crawford believes that the fact that he cannot vote for himself in East Portland is insignificant.

The JLP's candidate, who has lived in Portland for 17 years, voted at Drapers All-Age School in today's election. Her husband, Daryl Vaz, the MP for neighbouring West Portland, also voted in the East Portland by-election. However, Crawford, who was a late entrant to Portland, has been unable to vote for himself because he is domiciled in St Andrew. The PNP standard-bearer said that that is the least off his concerns.

"Andrew Holness can’t vote in his constituency. He lives in Beverly Hills, he does not live in Waterhouse,” Crawford commented.

Holness, the leader of the JLP, lives in the upscale East St Andrew community and represents the tough inner-city constituency of West Central St Andrew.

"If Ann-Marie’s reason for running is because she lives in the constituency, then 36,000 people should be running, because they all live here. But I have a plan, and that’s why I am going to win,” Crawford said.