American woman in fight over man 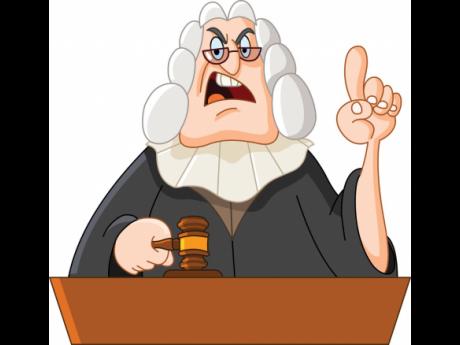 Two women, one of whom is a United States resident, got a sharp scolding from presiding Parish Judge Kacia Grant on Wednesday, April 17, when they appeared in the St James Parish Court for fighting over a man.

Oshin Green, of a New York address, and Sherone Clealand, of a Montego Bay address, both pleaded guilty to disorderly conduct and possession of offensive weapons.

While the date of the alleged incident was not disclosed, the court was told that the women's confrontation took place along Piggot Street in Mt Salem, Montego Bay. During the fight, Green armed herself with a screwdriver, while Clealand was armed with an unspecified weapon.

"It's not often we get a woman for possession of an offensive weapon. What caused this fight?" judge Grant asked Green.

"Somebody got the chicken leg and another got the breast?" Grant asked dryly.

"You fight and put yourselves in prison's doorway for a man who don't business with none of you," Grant told the women, before slapping them both with fines of $3,000 or five days' imprisonment for disorderly conduct and $2,000 or five days for the offensive weapons charges.