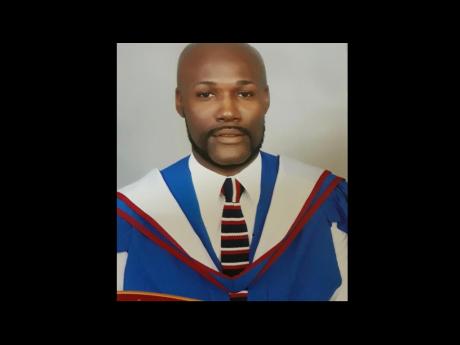 The hoodlums who murdered Samuel Martin and dumped his body on the outskirts of May Pen, Clarendon, poured gasolene on his body to prevent police from detecting the stench of his decomposing body.

Martin, a teacher, went missing last Friday. The police were alerted by King Alarm after the panic button in Martin' vehicle was pressed. The car was found in a section of the Juno Gully in Clarendon, later that night.

According to Vendolyn Cameron-Powell, head of the Clarendon police, persons in the area had information which could have assisted the police in locating Martin from as early as Saturday.

Martin' decomposing body, with hands and feet bound, was found about 300 metres from where his car was discovered.

Cameron-Powell said the discovery of the body underscores "just (how) unfortunate, cruel" and inhumane some Jamaicans are. "They are cold," the senior cop said on RJR Hotline with Emily Shields earlier today.

"We have collected some statements and we are trying to go forward with this investigation, and our intention is to find the criminals, to put them before the court, not just to say that they are the criminals, but to go all out with the investigation and to make sure that somebody, or some persons, answer for this. It's no joke!" Cameron-Powell said.