Mobile Reserve to be shut down 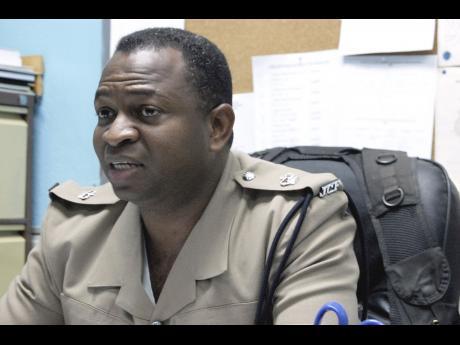 National Security Minister Dr Horace Chang has announced major changes to the Jamaica Constabulary Force (JCF) following Sunday morning’s bizarre incident, which saw three men being killed in a shoot-out between police on both sides of the fence.

The Mobile Reserve is to be disbanded and Senior Superintendent of Police Terence Bent, head of the robust operational unit within the force, has been sent on leave.

"The Commissioner of Police, Major General Antony Anderson, has advised the Government that in short order, major changes will come in both the management and oversight of the police force as well as changes to entities within the force,” Chang said in a statement.

The image of the already challenged police force was further damaged following Sunday’s incident, which is now the subject of high-level investigations.

It is reported that an off-duty cop witnessed when a man, identified as Sheldon Daley, was shot by armed men. The off-duty cop challenged them and then gave chase to a white Nissan AD Wagon which the men used to flee the scene.

At the crash scene, it was discovered that one of the men in the white Nissan wagon, later identified as Corporal Rohan Williams, and man in the silver AD wagon, who was later identified as Kevron Burrell, had suffered gunshot injuries. They both subsequently died.

Three other civilians who were in the silver Nissan vehicle were seriously injured.

Independent Commission of Investigations (INDECOM), is probing, among other things, whether the three men in the white Nissan AD Wagon were all off-duty policemen attached to the police force's Mobile Reserve.

INDECOM said that three of the five firearms recovered from Sunday’s shoot-out in Spanish Town, St Catherine, were police service weapons. It also recovered two sets of registration plates, a third set was attached to the front and rear of the car; a police vehicle logbook for one set of the plates found inside the car; and a detachable police blue emergency light.

Bent is being sent on leave to facilitate investigations at the Mobile Reserve. Additionally, Assistant Commissioner of Police Warren Clarke is to oversee the winding up of the Mobile Reserve and develop a framework for a new entity within the JCF.