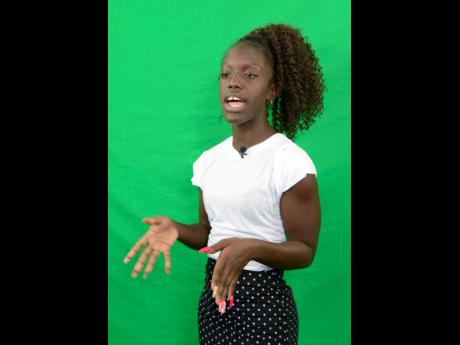 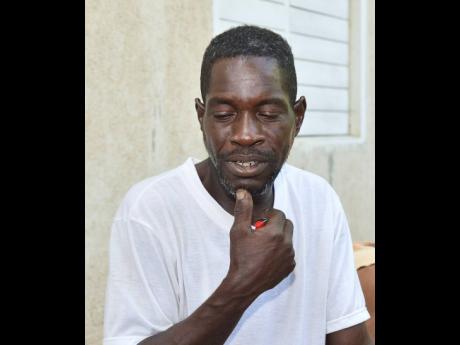 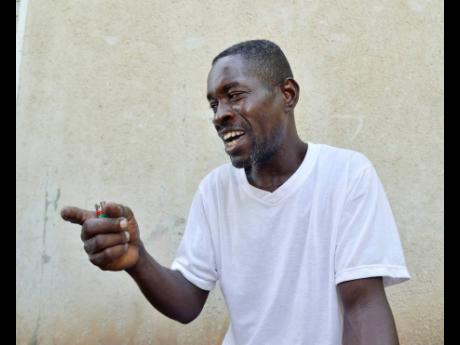 Patrick Francis, Mackerel's dad, does not believe his daughter is 'tekking people man'.
1
2
3

P atrick Francis, the father of 18-year-old Internet sensation Ladasha ‘Mackerel’ Francis, whose claim to fame includes defending her stance about ‘tekking people man’, believes his daughter’s life could have been better if her mother, Sherlette Black, had been more caring.

“The mother board her out at School for the Blind. Mi did really wah have her, but it was like a tug-of-war between her mother and I. So, Sherlette board out the little three-year-old when she should have been living with me,” he said.

During the interview at his Portmore, St Catherine, home yesterday, Francis said that his daughter currently shares a home with him and her stepmother, Lorna Pinnock. However, he said that things weren’t like that during her childhood.

“Ladasha would live with me and get settled, and then her mother would just come and take her back, and the little girl get depressed again. Mi remember one year when school a go give holiday, someone from the school call me to say that I need to come for Ladasha because no one was going to be there. When I asked the lady where her mother was, she tell mi say Sherlette gone a farrin, and she not even call mi and tell mi so mi could go for the little girl. Is after 12, mi go meet Ladasha a bus stop the night to carry her home,” he said.

Like any parent, Francis said he was ripped apart when he found out that his pre-teen daughter was pregnant, but blames Black for not showing Mackerel the love that she was seeking.

“I found out my baby pregnant when mi go court. During the court session, the judge ask Ladasha how her belly so fat, and Ladasha say is a ‘growth’ she have. Mi did shock and feel a way say she pregnant. Her mother was supposed to be responsible for her when she get pregnant. If my daughter was around me, that wouldn’t happen because Ladasha would be comfortable at home,” he said.

Francis told THE STAR that he has never met the man who impregnated his daughter because meeting him may have ended violently.

“Mi nuh really wah talk with Ladasha babyfather because mi nuh wah go prison. And in reality, it come in like if mi chop off him head a foolishness mi would a do because the little boy a go suffer. He is taking care of the child, but mi never want that for mi baby,” he said.

Francis also rubbished allegations that he had molested his daughter.

“Mi would never ever ‘touch’ my daughter. Mi never hear my daughter say anything like that. To be honest, when the police were talking to us, they never talked to all of us together. They had us in separate rooms. Mi may black and ugly, but mi never short of a lady yet. Mi would never touch my baby, and the little girl never say that,” he said.

Mackerel, who went to the HEART Academy in Stony Hill, St Andrew, said that she has always dreamt of becoming a comedian and plans to get professional training.

And, while she insists that she is ‘tekking people man’, her father believes that it is all an act.

“Ladasha not taking any one man. Mi nuh want no one act like dem wah chat and belittle mi daughter. Mi still don’t believe she a take anyone man. It’s just a slang and a image she a portray. She have to make her own decision because she is an adult. Mi can’t go ‘cow’ her down,” he said.