Shantoy aiming for the stars 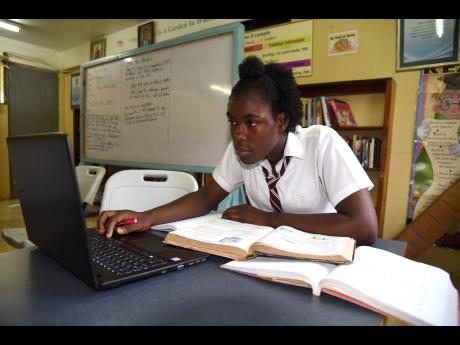 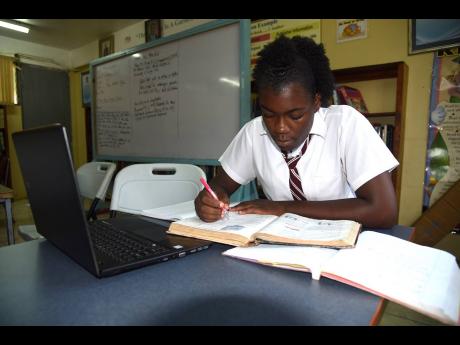 Shantoy Campbell, who celebrates her 19th birthday today, is seen as a model student at Maggotty High Schoool.

"Shantoy is a multifaceted student," described Maggotty High's principal, Sean Graham. "She is the type of student that you will be proud of."

Campbell, who hails from Quickstep in Trelawny, described herself as "a crazy person."

"I love to see people trying. I am funny. I kinda like doing my work, but when it becomes important, work is number one, and yeah, mi love have fun," she said.

She listed quiz, playing football with the boys in her community, and video games as things she does for fun.

Campbell has excelled both in academics and in sports.

She received a technical and vocational grant for her performance in the Caribbean Secondary Education Certificate (CSEC), where she got eight passes.

But Campbell, who actually gained a place at Manchester's Bishop Gibson High after the Grade Six Achievement Test, said she doesn't like to study.

"I am not the person who focuses on book. I know I have the ability to do anything, but I don't really spend a lot of time in the book, yet the results show," she said.

She said she got passes in information technology (IT) and electrical installation without attending classes.

"I started doing electrical two months before the exams, but never had the chance to do classes. I had an electrical book, and I read, and I got a three, and I am really glad I got it," she said. "I got one in IT, and I have never been to a class. One time I went to class, and it was for the SBA."

On the sporting side, Campbell represented Jamaica at the Under-19 West Indies female cricket tournament in Trinidad in April.

Jamaica failed to win a single match, but according to Campbell, "we participated to our fullest ability".

"It was great because we got to play against more developed persons," she said.

She played in the Social Development Commission softball cricket competition a few years ago and since then, would only practise with her school's Headley Cup team.

Despite her cricket success, she said that "football is my dream".

She plans to attend the University of Technology because of its good cricket and football teams.

Campbell said her success story would not be possible without the support of some key people, including Danevia Powell, her close friend and UTech graduate; Maggotty's quiz coach Rayan Brown, whom she said is always checking up with her schoolwork; and her principal.

She wants to have a career as an architect or an electrical engineer.