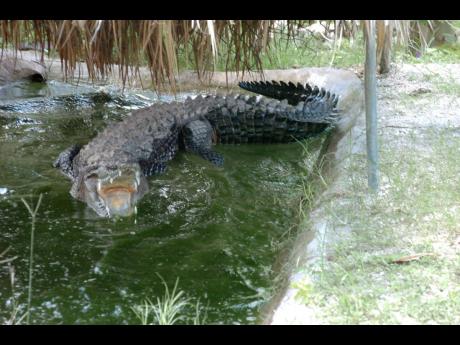 A crocodile puts on a show for his curious audience. 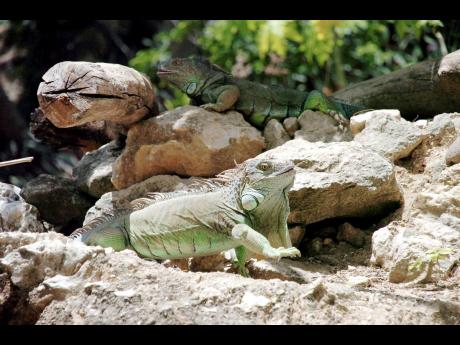 Iguanas getting some sun. 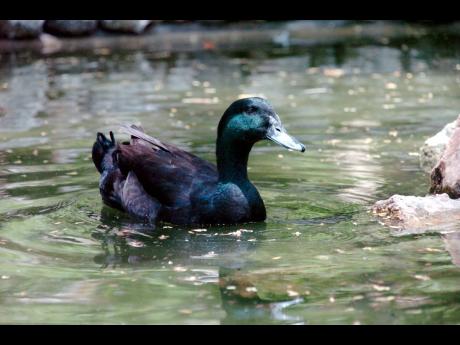 Anyone up for a swim? 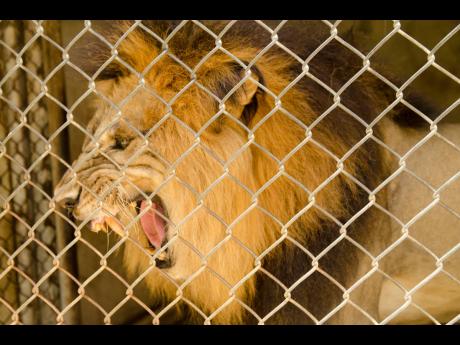 The lion is one of the main attractions at Jamaica Zoo. 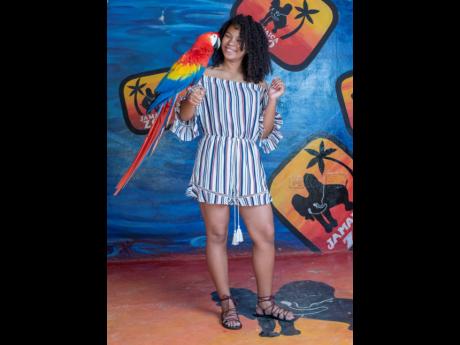 A patron gets friendly with a parrot. 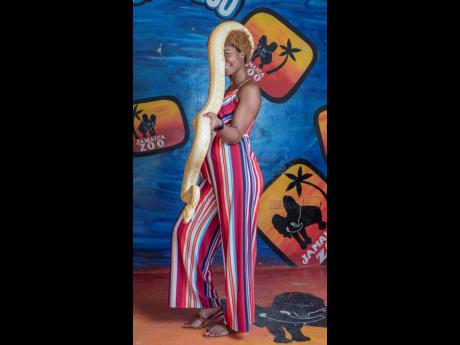 Right: Not everyone is willing to get cuddly with the snakes. 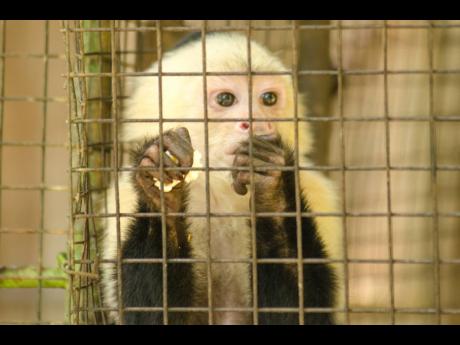 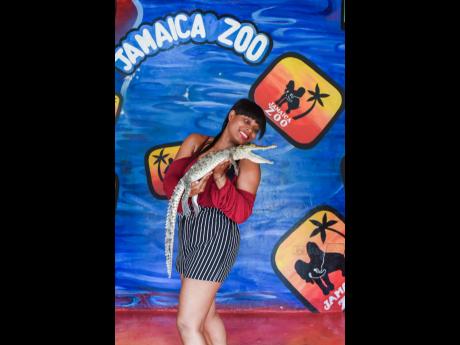 For Paul Fearon, CEO of Jamaica Zoo, it offers more than just animals; it is also seen as a chill spot.

“If you feel a little bit stressed, or you feel like you are having a rocky relationship that you need to mend, Jamaica Zoo is the right place to come,” he said.

The zoo, located in Lacovia, St Elizabeth, attracts most of its visitors on weekends and public holidays. And Fearon said that he has seen persons who have visited lower their blood pressure.

“It allows you to go back to nature because of the tree and the animals.”

Fearon said Jamaica Zoo is different from others because of its “uniqueness”. He spoke of the interaction visitors have with the animals, even the lions.

“Most places you only see lions just lay down and ... that is boring,” he said. “However, at Jamaica Zoo, you hear them roar, see them rush at you. So you feel the effect of a lion, which gets your blood pumping.” Visitors can get as close as eight feet away from the lions.

Another interaction which Fearon says patrons won’t get at many zoos is “holding a crocodile in your hand with their mouths open to take photos”.

At other zoos, he said the crocodiles’ mouths are taped up for security reasons.

“I don’t like the idea, and I think that’s restraining the animal too much,” he added. “The connection with human being and animal is there. We are not scared of them, and they are not scared of us because they know we are not going to hurt them.”

A Burmese python is another popular crowd puller. He said that persons get to lyme with the snake, and it has been trained to pose for the camera.

“People who see these things on our website fly from right across the world just to take pictures with these animals,” he explained.

However, Chubby, a Labrador retriever, is the talk of the town, and, according to Fearon, is one of the biggest celebrities in Jamaica. He said the only thing left for Chubby to do is talk.

Unlike Chubby, the Mako parrot, which will always be seen on the shoulders of visitors, is very much a talker.

Squirrels, buffaloes, iguana, horses and monkeys (capuchin and spider) are some of the other animals at Jamaica Zoo.

“It’s very interactive. It’s not just walking and looking at aminals, it’s a vibes thing backed by music,” he said. “Most persons who came to the zoo will generally come back, most times to hang out, picnic-style ... maybe just sitting under the tree and such, having a drink.”

A restaurant and a bar are also on the venue for those who may not be engaging in zoo life.

Tour guide and professional photographers are also available. There’s also something special for the children.

“Every year we give back to the less fortunate kids in Jamaica. Every school in Jamaica is entitled to enter free every March and April,” he said.

Best thing: Other than the animals, the beautiful mountain scenery.

Essentials: Make sure to walk with your camera.