Students save elderly couple from squalor 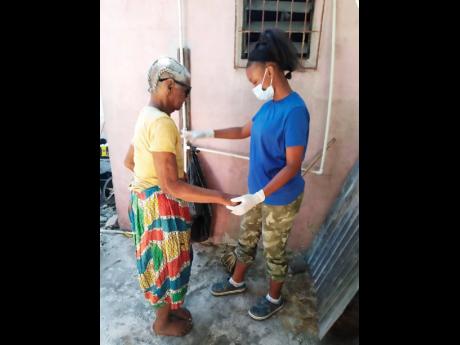 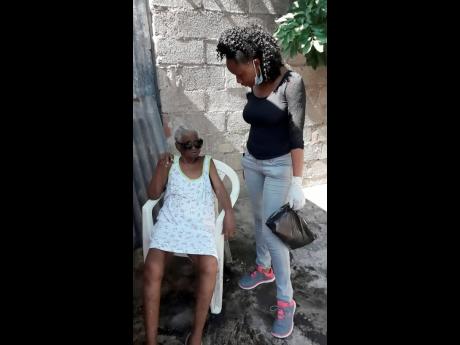 Sonika Tracey (right) chats with Dollice Dear as her schoolmates clean up the elderly woman’s home. 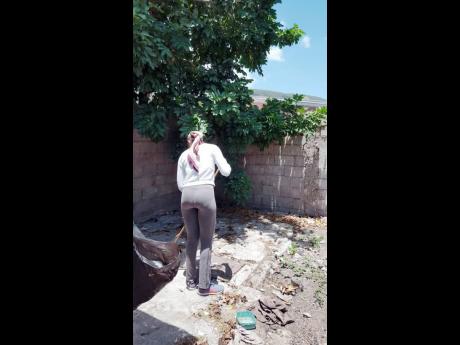 Chevelle Hutchinson sweeps up garbage in the couple’s yard.
1
2
3

A kind gesture by 19-year-old Sonika Tracey, an upper sixth- form student at Excelsior High, has touched the hearts of an elderly couple in Rollington Town in St Andrew, who had been suffering and living in deplorable conditions for some time.

Tracey said that she was walking home one day in April when Dollice Dear asked her to assist her to the shop.

Seeing how fragile Dear was, Tracey enquired about the woman's relatives.

"She told me that she lived with her spouse who was blind and she is partially blind as well. She can only see shadows out of one eye," she said.

Tracey told THE STAR that she assisted Dear to the shop and gave her the $200 that she had to help her get some food supplies.

A few days later, after telling her grandmother about Dear, a shocking discovery led Tracey to help the couple.

"She (her grandmother) was passing their house one day and she went to check up on them. She saw their condition, no food, no light or water and they were dirty. She was telling me about the condition of the house and how it was dirty, that they would eat food at six and they would not eat until six the other day. I went to look for myself and brought some soup and when I saw the condition, tears came to my eyes. When I gave her the soup she stared to drink it so fast," she said.

A few days later, Tracey asked her school friends to join her in getting help for Dear and her spouse, Leonard Smith.

She said that on May 1, she and four other girls went to the elderly couple's home to clean and bring them food and clothing.

Tracey's friend and schoolmate Bianca Morgan said that she was taken aback when she saw the couple's living conditions.

She said that the girls asked for donations and got cleaning supplies from hospitals and pooled together to buy food and clothing.

"We went there with the intention to clean the house, but when we got there it was too much for us to do ourselves. We cleaned the yard and burned all the garbage and bathed her. The old man was bedridden and we didn't want to move him and hurt him. I combed her hair and gave them food," she said.

Member of Parliament for East Kingston, Phillip Paulwell, who learned of the gesture through a video, said that he is very impressed with the students' work.

He said that he was pleased to know that they took time out of their studying schedule to help persons who were in need.

"I really thought they went beyond what I expect people are willing to do and I think I want to reward them and I asked to keep in touch with them because I think these are future leaders. I have offered all five of them to assist with tuition, once they matriculate to university come September," he said.

Paulwell said that the couple was moved to the Golden Age Home last Monday, where they have been seen by doctors and had their medical expenses met.

Tracey said that she is overcome with love and has developed much love for the couple.

"When I was leaving, I told her that I loved her and she came and hugged me up. It feels so amazing that we were able to help them," she said.