Trelawny man who killed his mother also attacked his father 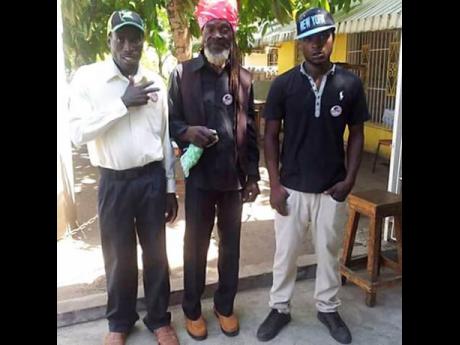 Leon Whyte, the Trelawny man who hacked his mother and his five-year-old nephew to death last Saturday night, reportedly attacked and chopped his father several times, a few years ago.

Ayna Whyte, Leon’s elder brother, said his brother struggled with mental illness for some time. Leon lived at Hugh Shearer Drive in Martha Brae with his 56-year-old mother, Jennifer Gordon, after leaving Bunkers Hill where he once resided with his father.

“Leon did live up deh wid him, but one a the time mi gone a town, him attack wi father and almost chop him to death,” Ayna, 35, said.

“That day Leon come inna the yard and a slap down a machete pon the ground. Mi father talk to him and him attack wi father and start chop offa him head,” the brother said.

“Then him lef come down a wi mother come live, and a the same way him a behave. ... You know just the other day, him go back up a the yard and attack wi father again. This time when him caah ketch him, the boy mash up the entire house, bad, bad.”

According to the police, Leon attacked his mother and his nephew, Levon Walker, about 11:30 on Saturday night, chopping them to death. He was later shot and killed by the police.

“Boy is a hard thing, but Leon look like him did demon possessed. Mi caah believe seh the man come do a thing like this,” the elder brother said.

“And the ting about it is that if him did a tek him medication, wi would a know wha fi do. But him naw tek nuh form a medication, so wi as family could not help him.”

Ayna said the family is struggling to come to terms with the death of the three family members.

“Everybody inna the family vex, even the people them inna the community vex, because mi mother is a good lady and she never deserve to lose har life like this. All mi can seh is that Leon haffi did posses wid demon fi carry off them wicked things yah,” Ayna said.