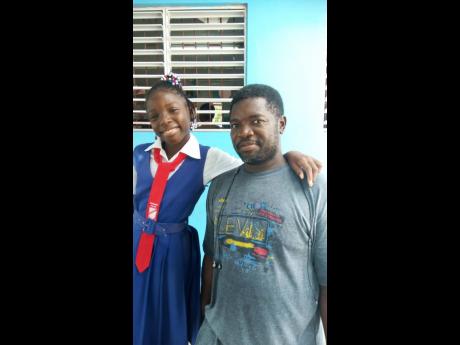 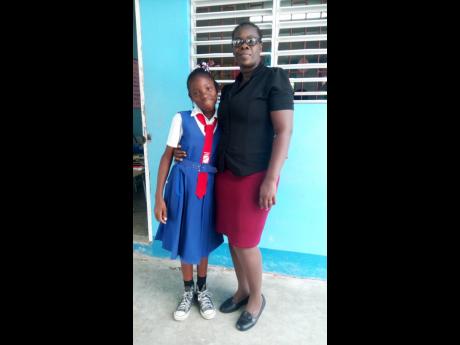 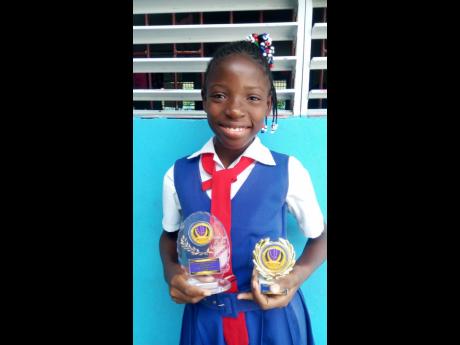 Leroy Thompson, a 39-year-old bag juice vendor of Cooke Street in Savanna-la-mar, Westmoreland, is a single parent who is now faced with grave challenges in meeting the daily expenses of his two children; 7 year-old Levan Thompson, and mainly his brilliant 11-year-old daughter Valena Thompson.

Thompson told the WESTERN STAR that he has been mother and father to both his children since they have been born, and he only knows one job, and that is selling bag juice.

“A bag juice mi use mine dem from dem born, and mi naah give up pon none a dem,” Thompson said.

He said that he loves is children dearly and wants the best for them. And the strides being made by his daughter, Valena, gives him reasons to be proud.

“She is bright inna every way and she mek mi proud every year at har school. A pure As she get most a the time, and when mi see seh mi can’t help har more it mek mi cry, “ the father said.

“Dem mother lef them from dem a baby and a mi one. A bag juice mi sell fi mek them comfortable, and right now them in need a shoes, cloths and mi want help wid food and other expenses,” he said.

Marlet Mitchell-Davy, who is the form teacher for young Valena at Sir Clifford Campbell Primary, told WESTERN STAR that Valena is in the mid 80s, and she is always reaching for the stars.

“She is very persistent, always involve in activities, always making sure that her book is marked, very smart and reads a lot,” the teacher said.

“Valena is not the ordinary everyday student, and one who can be considered to be a high achiever,” the teacher added.

Thompson stated that his daughter wants to be a lab technician, and he does not see himself being able to support her from just the income he gets from selling bag juices.

According to him, she now has her last pair of shoe on her feet “which is an old sneakers”.

He said that despite the challenges, he has not plans to stop her from attending school as he is determined to do his best to ensure his children succeed.