Councillor shot at in St James 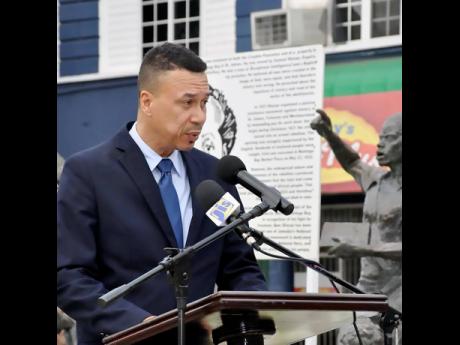 Mark McGann, the councillor for the Somerton Division in St James, narrowly missed been shot by a lone gunman, while in the upscale community of Montego Hills, in St James, on Saturday night.

Reports from the police are that about 9:00 p.m., McGann had just dropped off a junior councillor in Montego Hills, and was heading back towards the Salt Spring main road when a man, armed with a rifle, jumped from behind some bushes and attempted to hold block the path of his car.

McGann reportedly sped away, but not before the gunman fired several rounds of ammunition which pierced the front section of the vehicle.

The councillor managed to escape without being shot.