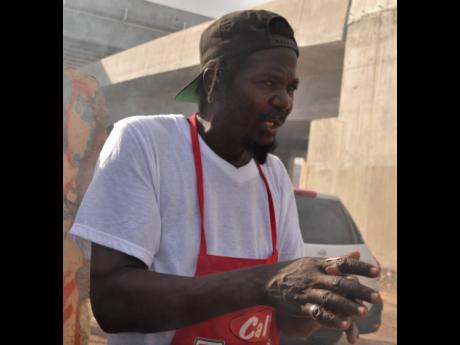 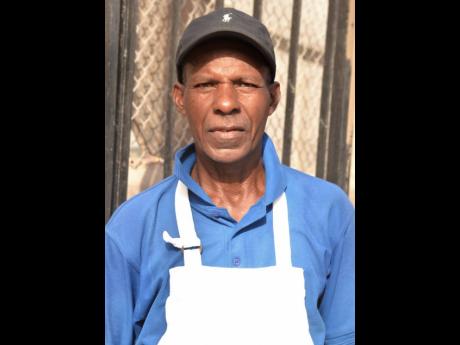 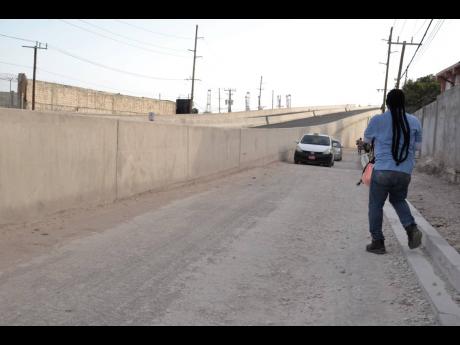 Some vendors in the Three Miles area said they think the imminent overhead bridge will beautify the area; however, they are almost sure that it will hamper their businesses.

Courtney Thomas, who has been operating as a jerked chicken vendor for the past 36 years in the vicinity of the bridge, said that many people have been displaced because of it and in the long run they, the grass roots people, will not benefit from it.

"Mi a suffer because of the bridge, because mi customer them disappear. Mi see three a them since week and them a ask mi weh mi deh and me a tell de seh mi at the plaza and see it deh, a pan the man property wi deh a try mek a living," he said.

Thomas noted that his Friday-night sales especially have taken a hit.

"It a go slow up our sale because you have a little man now weh use to stop before him go home. Him a go see pretty bridge now, so him a go sail go straight home. Mi used to carry out at least 25 fowl and a 10 mi carry out now, and that a joke because mi have mi rent fi pay and mi a old man now, mi caa go work for nobody. Mi affi a push out every day now fi see if mi can sell fi set the money to pay the rent. It nice fi some, enuh, but what about wi weh a the grass-roots people," he said.

However, Michael Pringle, who has been selling steamed fish and soup in the same area for 40 years, said that he thinks the bridge will not affect them much.

He said that even though he is displaced, he believes that the bridge provides a welcome facelift.

"I think it will be business as usual, the bridge nah go affect wi. Everybody have a different comment, but I am looking for the best and hope it turn out to be good. They are doing a good work on the bridge still," he said.