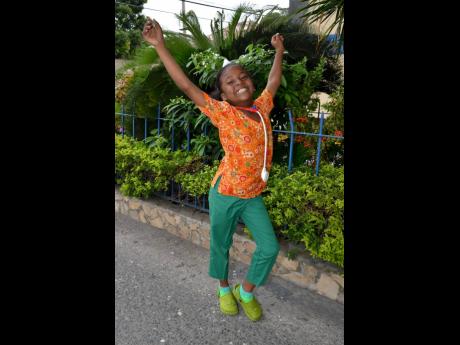 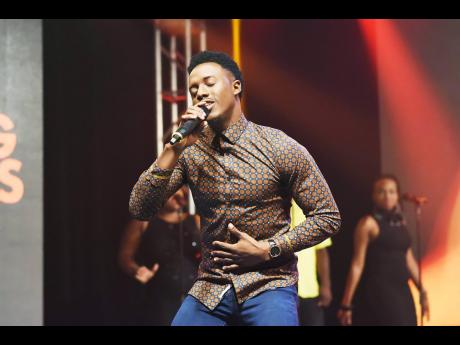 T en-year-old Tashae Silvera was moved to te a rs when she found out that her musical idol, Romain Virgo, was interested in working with her.

Last Friday, in an interview with THE WEEKEND STAR, the young singjay said that it was her dream to collaborate with Virgo.

As luck would have, Virgo caught wind of the story, and said that he would be willing to work with Tashae.

“I wanna make her dream come true. Make the link up,” Virgo posted under the story on THE STAR’s Instagram page.

Tashae’s mother, Carlesha Scott, said that she and her daughter were stunned when they heard the news.

“Me never know that he replied to THE STAR. A someone screenshot it and send it to me. When I reached home the evening, I brought the phone to her and said: ‘Tashae read this’. When she read it, she stuck, and me seh: ‘You all right?’. And she seh to me: ‘Mommy, him really want fi dweet with me?’, and me seh: ‘Yeah, why him nah go want dweet wid you, nothing nuh wrong with you’. Then she seh: ‘Mi never expect seh him woulda want to dweet with me’, and tears come in her eyes,” Scott said.

Since then, Scott said that her daughter has not been able to contain herself, often asking when she will meet her role model.

When contacted, Virgo told THE STAR that he was touched when he heard Tashae sing the track, and he is eager to work with her.

“My manager will contact her parents this Monday or Tuesday, and hopefully we can meet some time this week,” he said.

“It actually brought tears to my eyes hearing her singing this song word for word. It touched me even more knowing that it’s in this time when our children, especially girls, are being targeted by these heartless individuals. I absolutely love her confidence and would like to make her a part of the original track in some way.”

Scott also told THE STAR that her daughter has always had a special love for Virgo, a love that she has not been able to fully understand.

“From a longer time she like sing, but me always notice that she know all of his (Virgo) songs. If she a go sing a song, she mostly look up his songs. Mi ask her why she always a sing his songs, and that’s when she told me that she really loves his positive music. Mi ask her what she know about positive music, and me start research and look him up. That’s how she get fi sing Dutty Man the day because she a listen to it, and she a seh: ‘Mommy, listen to the lyrics of this songs’,” she said, adding that she is convinced that Tashae will pursue a career in music.

And even if the collaboration doesn’t happen, Scott said that Tashae would still want to meet Virgo.

“She is really interested to meet him. I don’t think it’s only about the collab. She even a seh: ‘Mommy, him a go come look for me? Which part him a go come?’ I have to be telling her I don’t know yet,” Scott said, laughing.