Teen electrocuted a week before birthday 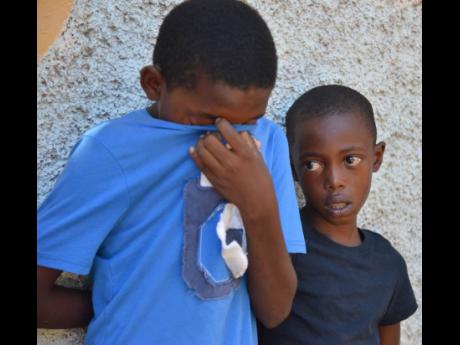 Michael Stephenson (left) and Jahlee Kepple mourn the loss of their friend Tyrese. 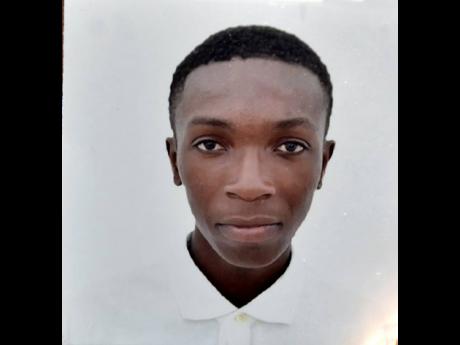 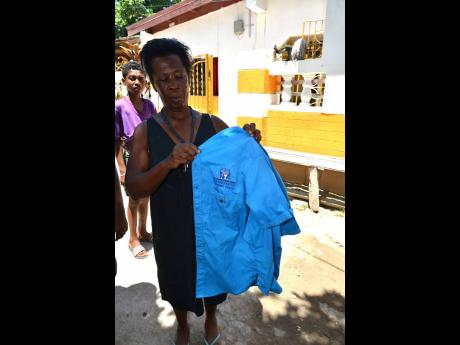 Tyrese’s grandmother Beverley Thompson shows the uniform that he was to wear to school yesterday.
1
2
3

Tyrese Wynter would have celebrated his 17th birthday on Saturday, June 22.

Sadly, his life was snatched on Sunday after he was electrocuted while in a mango tree in Portmore.

His grandmother, Beverley Thompson, who raised him from he was two months old, could not contain herself when she heard the news.

Wynter was a promising student at the HEART Trust/NTA Edgewater Baptist Learning Centre.

"Mi nuh too long talk to his teacher and him a seh that Tyrese is a good little boy. Mi nuh know how to deal with this, me just have to try and take it easy," she said, crying.

Kerryann Wynter, Tyrese's aunt, said that she is shaken up by the incident because her nephew had a bright future ahead of him.

She said that he enrolled at HEART in January, when he asked to be transferred from Denham Town High.

"He wanted to do electrical work but they said they wanted him to do some subjects first. A the other day someone seh to him that him fi just get some subjects and do him thing because skills work a pay more out a road and him seh: 'Yeah man, me a go do that", she lamented.

The family told the news team that the entire Oklahoma community is in shock, as Tyrese was a simple and humble teen.

They said he was never involved in fights and would always look out for the younger ones in the community.

His best friend, 13-year-old Michael Stephenson, who was with him at the time of the incident, and eight-year-old Jahlee Kepple had to be taken from school yesterday morning to seek medical attention as they were overcome with grief.

"Mi beg him follow me fi go buy a slippers because mine did buss out and when we a come back, him see the two mangoes and him seh him a go fi pick them, and mi seh alright, mi a go round because mi belly a hurt me and him seh alright ,him soon come catch wi up back. Den wah woman run come tell wi seh him dead inna the tree and mi go look pan him," Stephenson cried.

He described Tyrese as a role model and someone whom he could call upon any time.

"Any time mi want supm, him always help out. Him always a hang out wid me, him cook and we play football together and thing. All me cousin, him nuh know nothing. All him a ask me is if him dead," he said, referring to Kepple, who was also crying.

Member of parliament for St Catherine East Central, Alando Terrelonge, said that he is saddened by the unfortunate incident and extended his condolences to his family.

"He was a bright young man with an amazing future. He played football with the Under-16 team from Christian Pen," he said.

The Father's Day football competition that was supposed to be held in the community on Sunday got off to a late start as the sad news came.

"We observed a moment of silence for him after we heard the news because he was a major part of the team. After hearing the news, the (Christian Pen) team could not play," he said.

According to the reports from the Corporate Communications Unit, Wynter was electrocuted at 10:58 a.m. after he was trapped among live wires in a mango tree.

The police were unable to say whether the wires were from a direct JPS line. Investigations continue.