Downtown MoBay to get special entertainment zone status for Sumfest 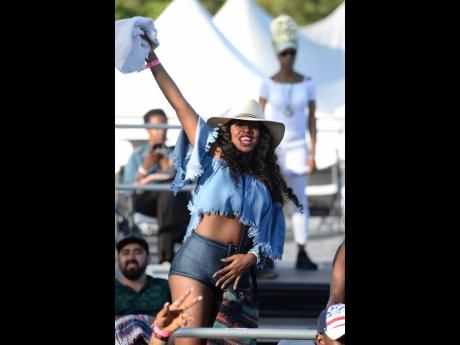 Nobody can question whether this patron had fun at Reggae Sumfest 2017.

With St James under the ongoing state of emergency, Reggae Sumfest will again be held in an area designated a special entertainment zone.

According to National Security Minister Dr Horace Chang, the special entertainment zone will be established from July 14 to 20 along similar borders to those used last year during a year-long state of emergency in the parish.

"We will have a similar approach this year to ensure that the citizens in Montego Bay can have a good entertainment time, but we have to emphasise, as always, the Government's first responsibility, without any qualification, is to protect the lives of Jamaicans and stop the killing," Chang said.

"Sumfest has become an international event and if you cancel it, you are going to have a problem in the entire tourism industry," the national security minister said.

Chang says the boundaries of the special entertainment zone will cover the entire downtown business district of Montego Bay, to include Fairview, from the southern end of the parish, and Whitehouse on the eastern corridor.

"We made sure we do boundaries that take in the entire downtown, so nobody has to be left out of the programme," Chang said.