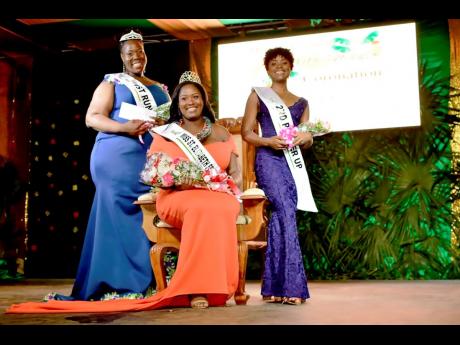 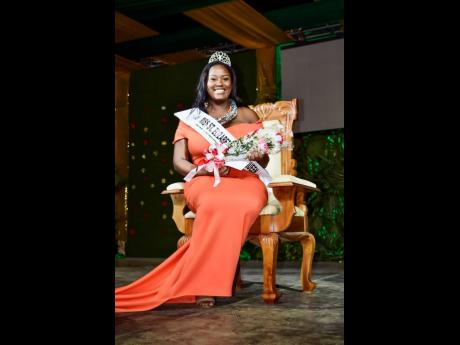 Tamara McPherson, the 2019 St Elizabeth Festival Queen, has a well-oiled engine in preparation for the National Coronation on August 1 at the National Arena in Kingston.

"The engine is being oiled up in preparation for the National Finals in an attempt to take home the crown a second time in history to the 'Breadbasket Parish'," she said, after being crowned on July 6. "I am excited to embark on the Miss Jamaica Festival Queen 2019 journey and will do so wholeheartedly."

The 24-year-old, who is from Brighton, New Market, held off the challenge of nine ladies to take the top prize at the coronation, held at the Alpart Sports Club.

She wore the sash Miss Sometime Cable at the pageant.

"It's an indescribable feeling of joy, pride and gratitude, and is still very surreal to be crowned Miss St Elizabeth Festival Queen 2019," an excited McPherson said.

"It's an overwhelming feeling and an absolute honour to be given an opportunity to represent the breadbasket parish on the national stage," continued McPherson, who graduated from University of Technology, Jamaica in 2016 with a bachelor's degree in business administration.

She also won sectional awards for best performance, most active in the community, and most culturally aware.

"The journey has been phenomenal, coupled with the selfless dedication of the JCDC Miss St Elizabeth Festival Queen Committee, who ensured our true potential was maximised," she said.

McPherson, who currently works as a sales supervisor at Matalon Roofing, also praised the "unwavering support of my family and friends."

"It was a journey filled with sacrifices, self-awareness and the development of my whole being to be an empowered young woman who continuously helps others realise and unleash their truest and fullest potential," she added.

Wilson got the prizes for most popular on social media and most poised, while Ashley Witter, Miss J. Charles Swaby's Black River Safari, walked away with the most congenial prize.