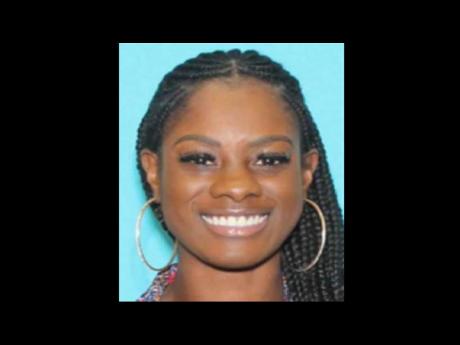 Despite being missing for more than four months, the residents of Norwich district in Portland were still hopeful that one of their own, Andreen McDonald, would have been found alive.

Various search teams have combed vast areas in Texas, USA, looking for signs of the 29-year-old but to no avail. However, last Saturday, the Bexar County Sheriff's Office in Texas announced that it used dental records to confirm that human remains that were found on a private property belong to McDonald. Her family members were crushed.

"It was the last thing that we as family members expected to hear about her," Bobo Anderson, of a Norwich district address in Portland.

McDonald's husband, 40-year-old Air Force Reserve officer, Andre Sean McDonald, who is also Jamaica-born, has been charged with her murder. The sheriff believe that their eight-year-old autistic daughter may have witnessed her mother's alleged murder.

Anderson, McDonald's uncle, described her as "very quiet and caring"

"She was a special niece who travelled to Jamaica at every opportunity just to meet with family members. We never communicated much when she if off the island, but on each visit, we meet up and speak about old times," he added.

"Her father, who is now living in England, is having a hard time coping with the news. It was bad enough at first that she had gone missing, but now he is in shock, as they were very close. As a matter of fact, she was his baby girl and always will. Yes, we have gotten closure, but dis a nuh weh we did expect. And my niece and no other human being nuh deserve dis," Anderson added.

Dexter Rowland, councillor for the Port Antonio division in the Portland Municipal Corporation, described McDonald's killing as a brutal and heartless act.

"I know members of her family, who are still connected with the community, and they are badly affected by this murder. Some years ago, we lost our former heavyweight boxing champion, Trevor Berbick, to violence, and this time around it is a young lady, who has been climbing the ladder of success in the US," he said.