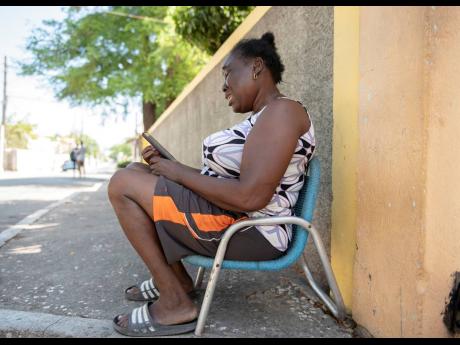 Paulette Wilson cried as she looked at a picture of her son, who was killed last Thursday. 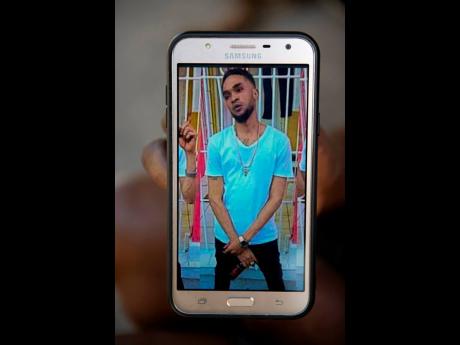 Paulette Wilson shows THE STAR a photo of her slain son, Kemar Pryce. 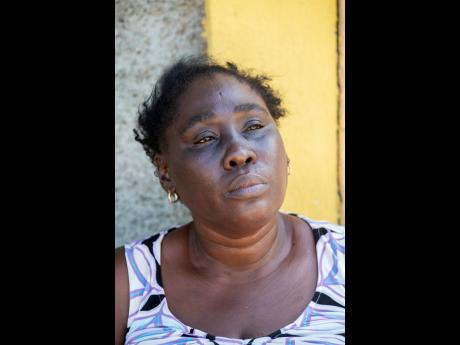 Paulette Wilson says her son was not a troublemaker.
1
2
3

Paulette 'Likkle' Wilson stood at her gate on Wild Street, Kingston, with nothing but pain and grief written on her face.

When the news team stopped to speak with her about the death of her son, 32-year-old Kemar Pryce, she was not sure what to do or say.

Wilson told THE STAR that she is at a loss for words, because she is sure that her son was not involved in any form of criminal activity. She said that he is a hard-working man, who was part of the maintenance department at the Norman Manley International Airport.

She said that he would sometimes work at the barber shop he was killed on Maiden Street.

"Everybody knows him because from me leave hospital and come here, a yah so him grow. A bere call mi a get from his workplace, and the police dem come and look for me because him trim them sometimes, so they know what type of person he was," she said, crying.

According to reports from the police's Corporate Communications Unit, Pryce and another man, T'Wayne Simmonds, were shot and killed about 7:45 p.m. last Thursday while at a barber shop.

Two other persons were shot and injured during the incident.

At the time of the shooting, Wilson said that she was in the process of cooking her son's lunch for the following day. She said that she left the house to get tablets and other items that he sent for her because she had been complaining of having a sore throat.

She said that when she heard the shots, she quickly ran in the direction of the barber shop because she knew that Pryce was there.

"Him just come in from work [at the airport] and someone call him and seh them want a trim. Mi tell him seh mi throat sore, so him send lime, jelly and some pills come. Mi come out the house to collect dem and deh yah so wid another person and him sista, when mi hear, 'pow pow pow pow', and mi seh, Kemar deh a the barber shop and mi run go round deh. When mi reach, dem seh the shop shot up and a bere head shot him get, and him already dead," she said, adding that she had to be medicated after receiving the news.

The mother of four said that her son was in the wrong place at the wrong time, and this senseless killing has left her without her first born. She said that his brother and sisters had to be taken to the hospital when they heard the news. They have since been released.

Wilson could not hold back the tears when a picture of her son was shown to her. She instantly began to shake her head and cry.

"Why dem tek yuh from me, Kemar? Weh mi a go do now that dem tek yuh from me? Mi good good son. If mi did know seh him bad me wouldn't feel so, but him nuh bad. How dem feel fi know seh dem gun dung people pickney and then a go seh that a mistaken identity? How? " she lamented.