Family trying to save brother with leukaemia 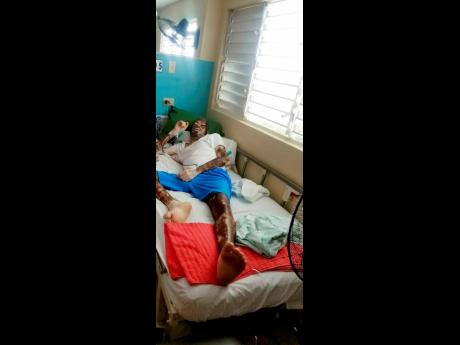 Contributed Photos Fritzroy Gordon has been in hospital for months. 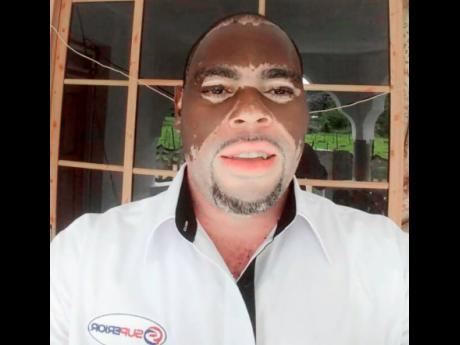 Life was good for 39-year-old Fritzroy Gordon until this January when he started to have prolonged migraines.

His sister, Colleen Gordon, said that she advised Fritzroy to go to the doctor in late January. The pain was so intense at times that he would simply sit still and wait, hoping the pain would pass. Additionally, he was having frequent, unexplained fevers.

"Two things happened that caused me to tell him to visit the doctor. My sister did an operation in the latter part of January and he came up from Trelawny to look for her. I heard that he was in the chair that day complaining of a headache. He went to the barber and got a bump at the back of his head. I noticed that it was inflamed and I told him to go to the dermatologist to check it out," she said.

A trip to the Falmouth Hospital, where he spent one week, did not yield good news. Colleen said that doctors ran tests, and decided to call in another doctor from the Cornwall Regional Hospital (CRH) to show him the results.

"He was tested at Cornwall and they said that he had the most aggressive type of cancer. He was diagnosed with acute myeloid leukaemia (AML)," she said.

AML starts in the bone marrow (the soft inner part of certain bones, where new blood cells are made), but most often it quickly moves into the blood and can spread to other parts of the body.

Fritzroy has been at the CRH for the past six months. Colleen said that during that time he has done chemotherapy, but it's all in vain.

She said that last Friday, the family was informed that the only way that Fritzroy would be able to survive is by doing a bone marrow transplant, which costs US$130,000 (approximately J$17.68 million).

Colleen told THE WEEKEND STAR that the family is not able to afford this, therefore they are appealing to the public for help. She said that a GoFundMe account was established to help that the family out.

"We pulled everything we had to get the $1.6 million to buy the last chemo. They have given him three good rounds of chemo for five days straight. They have given him milder ones, too, but nothing is working. They explain to us that he has to be getting platelets because the blood thickens, and it gets so thick that it's like chocolate and it was not going to the brain," she said. "They are saying he has not been in remission for a single day from he has been in there. They are saying the cancer is really aggressive, and the last time they did chemo it was like 10 times the strength of the others."

She said doctors told her that all is set for Fritzroy to be transferred to the US to get the transplant done, but they have to provide US$100,000 (approximately J$13.6 million) up front first.

Colleen said that the family, especially their mother, Eliza Gordon, is not taking this news well. She said that since Fritzroy was diagnosed, she and other family members have lost weight from worrying.

"Even though they (doctors) don't want to put a time on him, if he does not get this transplant, he will expire within three months," she said.

Anyone who can help is asked to call Colleen Gordon at 876-450-3652 or donate at https://www.gofundme.com/f/lets-help-shawn-fight-aml/contact/organizer.