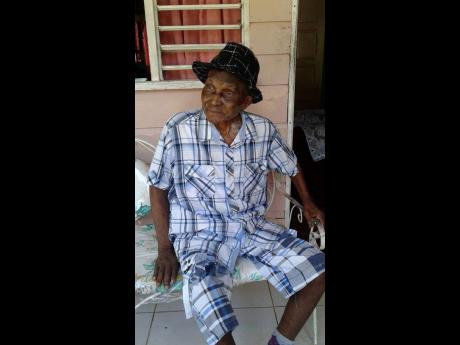 Tragedy struck in Deeside, Trelawny early Wednesday morning when 89-year-old Theophilus Bulgin was burnt to death in his house.

His daughter, Arlene Bulgin, said they were alerted to the fire about 8:00 a.m., when her grandson raised an alarm.

"He came running to me shouting, 'come help papa'.  We did not react immediately and by the time we reached his room it was too late," said Arlene who lives in a section of the house.  "Neighbours came and helped, but by that time Papa was burnt to death on his bed," she said.

Keith, another of Bulgin's seven children, theorise that the fire may have been caused by an electrical short circuit.

"My mother, Laris, was awake but was elsewhere on the premises at the time of the fire," Keith said.

The Reverend Owen Watson described Bulgin, who was a deacon at Hastings Baptist Church, as a great example to all. He was solid as a rock in his devotion to Christianity and his church," he said.