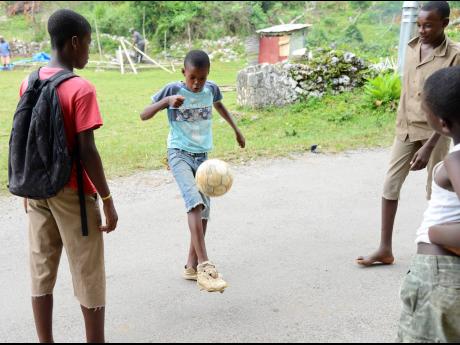 The National Works Agency (NWA) is to shortly begin works to replace a defective concrete bridge located along Liguanea Avenue in Barbican, St Andrew. The project which is scheduled to begin sometime during September is estimated to cost some J$26.5 million.

NWA Communication and Customer Services Manager Stephen Shaw says the works will see the upgrading of the roadway from single lane to two lanes while existing ancillary features such as sidewalks and kerb walls will also be refurbished.

A road closure will have to be effected, including the demolition of the existing structure.

Preliminary activities, including the removal of other service providers’ assets from the structure, will have to be completed before physical works can commence.

Clarendon Health Department to be relocated

The Clarendon Health Department is being relocated to 1-3 Jackson Street, Denbigh, Clarendon, immediately beside the Denbigh Primary School.

The health department, which is presently located at 1 Muirhead Avenue, May Pen, Clarendon, on the compound of the May Pen Hospital (MPH), will begin offering administrative services from its new location on Monday, August 19.

All other services, including food handlers certification, mental health, diabetic retinopathy and child guidance clinics will remain at their current location on the MPH compound and at their usual time.

Member of Parliament Mikael Phillips has apologised for comments made during a presentation to constituents at the public session of the Manchester North West constituency conference last Saturday.

In a statement yesterday, Phillips noted that he made remarks that the constituency would never go into the hands of the Jamaica Labour Party, as the PNP, under his watch, would continue to work hard towards the further development of the constituency to ensure that the seat is retained.

“If this was interpreted as derogatory to my political opponents and generally offensive to others, I am expressing regret,” the statement said. “I would like to apologise for any offence that my presentation may have caused.”

The Lakes Pen Road/Municipal Boulevard intersection in Portmore, St Catherine, will remain without traffic signals for at least the next two weeks.

As such, the National Works Agency’s (NWA) Communication and Customer Services Manager Stephen Shaw explains that the traffic lights had to be decommissioned to facilitate the widening of the roadway at the intersection. The works involve the creation of a slip lane from Lakes Pen Road on to Municipal Boulevard, and an exclusive right-turning lane from Municipal Boulevard on to Lakes Pen Road.

The NWA is also reminding motorists that when traffic signals are out of operation, they are to treat the intersection as a four-way stop. Motorists are urged to approach the intersection with caution and exercise the requisite patience and civility when attempting to cross the junction.

The NWA is also informing motorists in Santa Cruz that the traffic signals at the intersection of Main Street and Coke Drive in the town centre should be back in operation by the weekend.

The lights’ signal equipment, which was damaged due to an electrical surge, has been taken out for repairs.

The Marine and Narcotics Police have intensified their investigation into the seizure of more than 2,000 pounds of ganja in Salt River, Clarendon, on Monday, July 29.

Reports from the Marine Police are that between 10 a.m. and 2:45 p.m., lawmen conducted a special operation in the Salt River area of Clarendon.

The operation led to the seizure of a boat containing over 2,000 pounds of ganja and two plastic drums containing a total of 440 litres of petrol.

The estimated street value for the drug has not yet been ascertained.

The boat and its content were seized; however, no one was arrested in connection with the seizure.