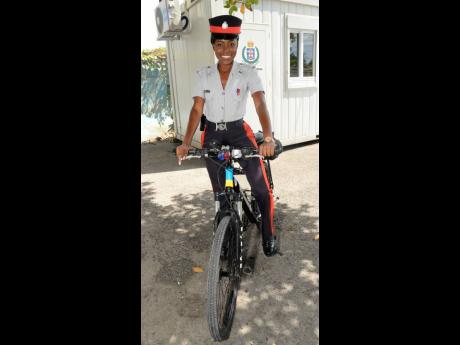 Constable Sasha Henry has been nicknamed Queen Cop by some members of the public. 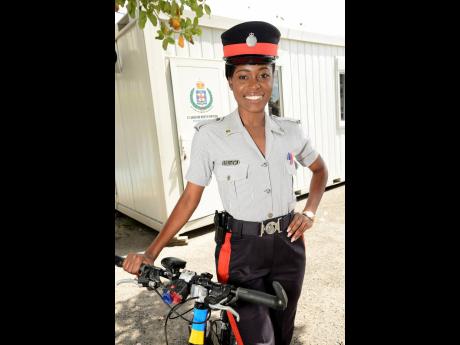 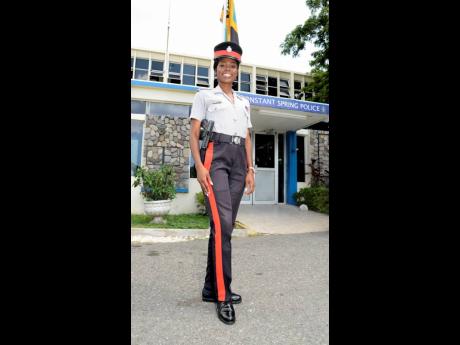 ‘Queen Cop’ is what Constable Sasha Henry is referred to when she in the streets and even at her workplace, the Constant Spring Police Station in St Andrew.

Henry, the first member of the Jamaica Constabulary Force (JCF) to be in the finals of the Miss Universe Jamaica, said she feels she is being treated like a star.

“My attempts to disguise myself on operational duty have proven futile to the extent that I have been given the alias ‘Queen Cop’ within my area of operation. They all treat me as a celebrity police. I have created history in this regard. It really means a lot to me as I am able to inspire other women to understand that they can do whatever they want to do; and be whatever they want to be, regardless,” she said.

Pageants are nothing new to Henry, 27, who has been participating in these types of events since her days in primary school. Through these competitions she has become more confident, more prepared and more focused.

Henry told THE WEEKEND STAR that she has received tremendous support from her colleagues and is happy that the wider Jamaica appears to be supportive of her.

“The members of the JCF have gone above and beyond in every aspect they are able to; by way of votes, sponsorships for my altruism project and emotional support,” she said.

She admitted that being in the competition and performing normal policing duties is not easy.

“It requires a lot of discipline and time management to be able to manage both. As you can imagine, both are very time consuming. I somewhat believe though, that the public at times forget that police officers and military personnel are humans. This (competition), I believe, will demonstrate we are humans and we are indeed relatable,” she said.

The traffic cop, who has been in the force for the past five years, is confident that she can win the competition.

“It would demonstrate to me how much an individual can achieve any goal in life, regardless of prior challenges. It would be an ideal platform for me to achieve another lifelong dream of positively impacting lives through the Sasha Henry Foundation, which was recently launched,” she said.

Henry participated in the National Beauty Pageant in 2017 and made top five in Miss Jamaica World that same year. She even participated in an international pageant in Egypt in 2018, where she placed seventh.

As she embarks on a journey seeking to be crowned Miss Universe Jamaica 2019, Henry said it is very special as it is the first she has made such a major impact on the people around her.