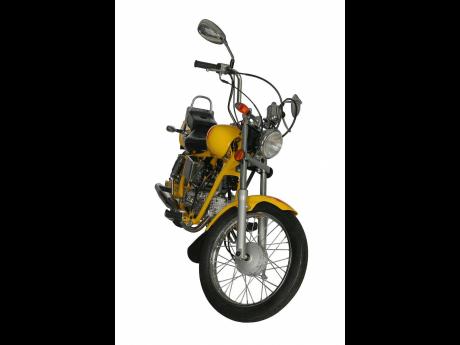 Six motorcyclists have been arrested in connection with robberies in the Corporate Area.

The suspects, three of whom are juveniles, were picked up by the police in three separate incidents on Old Hope Road, Half-Way Tree Road and New Kingston, all in St Andrew.

Three cellular phones, handbags, and other items were seized.

The suspects were picked up in ongoing operations which began on August 4. Two of the males have so far been charged with robbery with aggravation, but their names are being withheld as all six are to face an identification parade in relation to similar cases that have been under investigation.

Meanwhile, Jacqueline Coombs, senior superintendent of police for the St Andrew Central Division, said the police would be increasing its presence in the Corporate Area to apprehend more criminals.

"You'll see us being present out there, and we will be much much more visible, which will act as a deterrent," she said. But she cautions people to do their part to avoid being victims of these robbers.

"People need to be mindful of the environment that they're walking and driving in. They need to put away their cellphones in public spaces. If you can avoid walking with large sums of money, please do so. Use your credit and debit card," she said.

In the meantime, investigators are asking robbery victims, especially those in the New Kingston area, to contact the St Andrew Central Criminal Investigations Branch at 876-926-8184/5 or 876-926-2551.

Additionally, the police are asking victims to cooperate with them in the event they are called to identify the perpetrators.