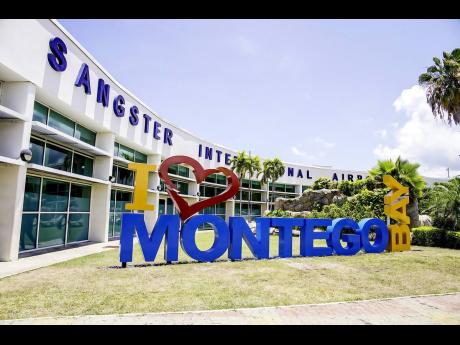 A British woman who recently went into an unauthorised section of the Sangster International Airport in Montego Bay was lucky to only get a J$500 fine when she came before the St James Parish Court last Wednesday.

Annette Hunter was ordered to pay the fine or spend five days behind bars after she pleaded guilty with explanation to breaching airport security and obstructing an authorised officer.

While the date of the incident was not disclosed, the court was told that Hunter tried to enter the ground transport section at the airport's arrival area.

When the officer on duty tried to restrain her, Hunter pushed past the officer and went inside.

In explaining her actions, Hunter told Parish Judge Kacia Grant that she was frustrated because she had got no information about her relatives, who had arrived in the island sometime after she did.

"I flew in on July 30, and my children flew in on July 31, and I kept asking about them. I explained that that I had been out there for two hours, and I asked over and over if they had a waiting area; plus, in the United Kingdom you can go in there," said Hunter.

"So because you can do certain things in the United Kingdom, you think it applies everywhere? For any airport in the world, especially after the 9/11 tragedy, you can't breach airport security and get away with it, so you ought to be sorry," Grant answered sternly.

Hunter was subsequently slapped with the fine for breaching airport security. She was admonished and discharged on the obstruction charge.