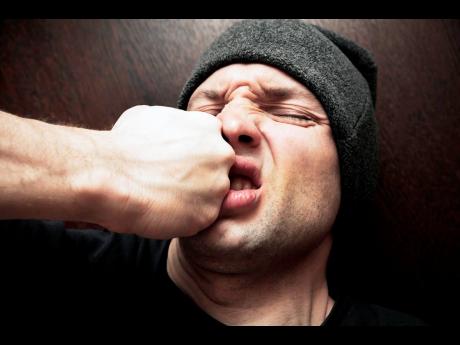 Two men and a woman who were recently involved in a brawl stemming from a love triangle, were ordered to pay a combined J$11,000 in fines when they appeared in the St James Parish Court last Wednesday.

Kemoy Wynter, Sheleen Griffiths, and Craig Thompson were before the court to answer to charges of disorderly conduct, to which they all pleaded guilty.

Griffiths also pleaded guilty to possession of an offensive weapon (a pair of scissors).

The prosecution's allegations were not read out in court, but Wynter told Parish Judge Kacia Grant that the brawl started when Griffiths, the mother of his child, refused to let him see their daughter.

"I had a summons from the court, so I went up and politely spoke to her, and her response was to call her boyfriend (Thompson)," Wynter explained.

But Griffiths gave a different account, saying that the fight started when Wynter refused to let her enter her dwelling.

"Mr Wynter tried to stop me from getting into my building, so that's how Mr Thompson got involved," Griffiths told Judge Grant.

"Do not take the law into your own hands. Let the police handle it," Grant answered sternly.

Wynter, Griffiths and Thompson were each ordered to pay J$3,000 or spend five days in prison on the disorderly conduct charge.