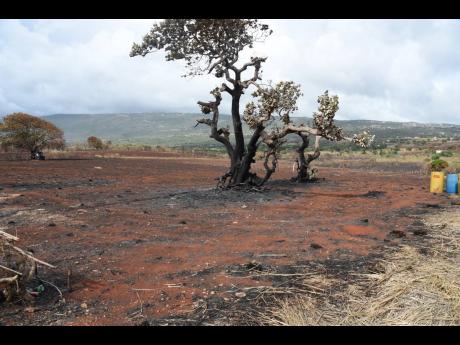 Farm areas of Flagaman, St Elizabeth, were destroyed by fire on Friday, August 16. 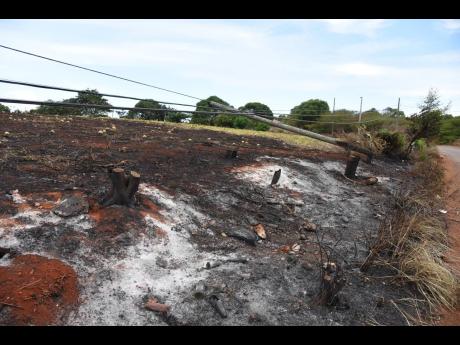 Farm areas of Flagaman, St Elizabeth were destroyed by fire on Friday, August 16. 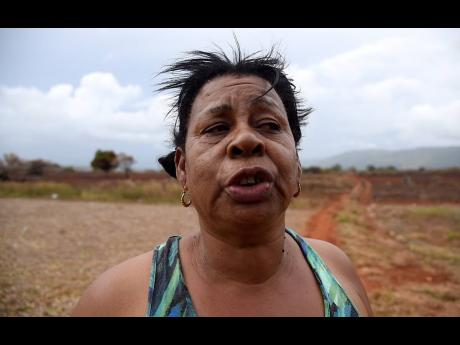 Zenora Davis says many children in South West St Elizabeth will not be able to go back to school because of the impact of a fire that ravaged farmlands last week.
1
2
3

That is the cry from residents of the Flagaman and Pedro Plains communities after a massive fire destroyed several acres of crops last Friday.

Farmers in the South West St Elizabeth communities are left pondering their next move, especially since they were already facing drought and back-to-school challenges.

Devon Moxam said: "Losing everything, we don't know when and how most of these children will be going back to school. Some may be going back in old uniforms."

The Jamaica Agricultural Society has put the preliminary estimate of damage at $300 million.

Zenora Davis, one of the farmers affected, said their situation is dire.

"There is no going back to school for our children because we don't have anything for them to go back," said Davis.

"I am asking, please, if there is anyone out there that can help us with books or anything, we would be grateful for your assistance. We really need it very, very badly," begged Davis.

"The damage will take us the next year before we can get back on our feet," said Davis.

Ann-Marie Davis said they were lucky to save the houses as several persons would have died. She was referring to the elderly, babies and others who wouldn't be able to move fast.

"We had to use the little water in their drums to save their houses," she said.

The communities were out of power for two days. Several light poles in the area were burned out.

Wayne Russell, who is a farmer, but wasn't affected, said the fire started before six in the morning. "I was leaving for work when I saw the fire," he recalled.

He said fire units came and put out the fire, but the worse was yet to come. "In the after 2, it seemed like a stump wasn't put out properly, and the fire started again. This was when we had the most damage," he said.

"If it weren't for the private water truck that sells water to the community, many places would burn down."

Russell said it's a huge setback for farmers, who were already suffering from the drought.

"It's hard for the farmers them to bounce back after this time, so we are hoping the Government will help us to bounce back," he said.