Green working to get St Bess farmers back on their feet 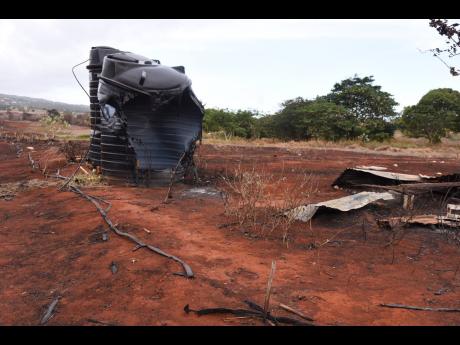 Fire ravished hundreds of acres of farmlands in St Elizabeth. 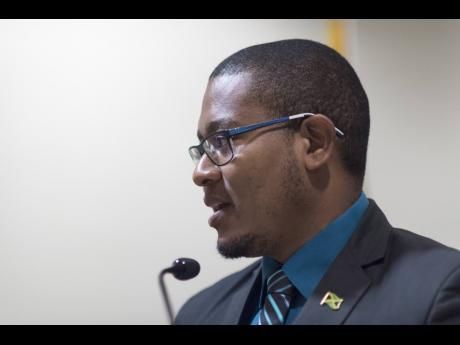 Floyd Green, the member of parliament for South West St Elizabeth, said he is working overtime to help farmers in his constituency recover from a massive fire that burnt their fields last Friday.

"The fire, which has affected some 200 acres of prime farmland, is a devastating blow to the entire community of Flagaman. Farmers lost crops, small irrigation systems, and the entire area was without electricity and Internet services," Green said.

"As member of parliament, I have been coordinating the relief effort. We have already got the utility companies to provide emergency response and electricity and Internet services have been restored. The Rural Agricultural Development Authority (RADA) team has been in the area all weekend, and by today we will have a preliminary assessment. We are meeting with the farmers and will be putting in place a stimulus package to get them back on their feet," he added.

At the same time, Ewan Stephenson, the People's National Party caretaker for South West St Elizabeth, said that in addition to the fire, hundreds of acres of crops are perishing in the fields due to a lack of water.

"The severe drought affecting South St Elizabeth has now reached crisis levels as crops wither and die in the fields, acres at a time. Farmers are desperate for help," Stephenson said.

The PNP standard-bearer said that as a result of the long drought, fires have broken out destroying millions of dollars worth of crops, irrigation equipment and hundreds of acres of farmland.

"The farmers have been left in a state of despair and desperation with nowhere to turn. They are in serious need of fertiliser, equipment and seeds to restore their farms as soon as the drought breaks," he said.

"It is painful to visit the fields only to see the dried stems due to the lack of rain. Ravaged by fire, the once rich alluvial soil now shows wide expanses of brown fields and black/brown gravelly soil; parched and waiting for sustained showers of rain," Stephenson added.

The caretaker said that affected families, who make their living from farming, are hard-pressed to meet back-to-school expenses as their earning power was drastically curtailed over the summer break on account of the drought.

Devon Moxam, who occupied almost three acres of farmland, said he lost about $500,000 in Friday's fire.

Zenora Davis said she lost about $1 million, and shared the painful stories of three other farmers.

"One lady next to me was a week away from reaping honeydew melon, while two 25-year-old young farmers, Chevor Davis and Courtney Ebanks, were days away from their one-acre pineapple melon.

"I cried for them," Davis said.

"I lost two acres of land, one acre of melon that was already mature, drums, seven rolls of drip, cantaloupe that almost ready to reap, and it's difficult to cope," she said.

She said she also lost an acre of grass that was ready to cut.

"It's difficult because we don't even have water to drink. We are going through a hard time, and we are left with nothing. We had six months drought, plus the fire, so everything is just difficult. We don't even know the next move; probably we will die."