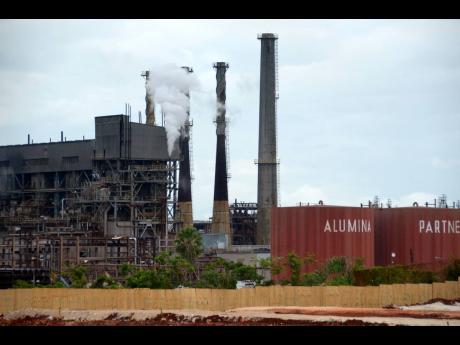 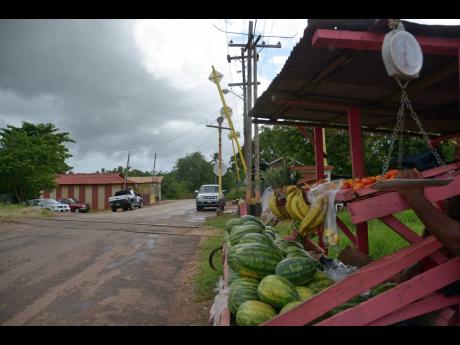 Ralston Vassell, a resident and former Alpart worker, provided his perspective of the situation in the area.

"Even the housewife and the younger youth dem who used to work inside the plant, you see a lot of them out a streets yah now," he said.

Vassell said all the business, supermarkets, bars and restaurants in the area are feeling the pinch because of the laying off at Alpart.

Operations at JISCO Alpart have also been affected by a fall in global alumina prices, and according to residents in the area, over 400 workers were sent home.

"The 400-plus persons who got laid off, at least 150 or 200 are from within the vicinity of Nain, New Building, Prospect, and Steven Run, so it leaves the area in a devastating situation at the moment," said Vassell.

Julian Keane, public and community relations manager at JISCO/Alpart, told reporters at a back-to-school function one week ago that only 250 persons were laid off. He also said the company took back 50.

Vassell, however, said he is "hoping and praying that JISCO/Alpart resume production activities very soon."

"Dem just tell we sey dem soon call we back, so we just affi gwaan hold it," said a 28-year-old man who said he was laid off for 90 days.

"Mi nuh tek it hard still, because mi believe sey better soon come still base on how dem a talk," he added.

Asked what he is doing now, he replied: "A farming mi plan fi do right now, but the water nah run the way wi want."

Robert Frazer, another of the laid-off workers, said it's a significant setback, especially for him and others preparing for back to school.

"It a go hard, but you hafi go find a way to make it work," said the 36-year-old man, who has a child in primary school. He too is thinking about farming.

"Mi no see no other way out," he said while adding, "no place no deh deh fi get no job, because most of the places full up."

Danny Bramwell, who drives around and sells box juices in the area, said his business also got a hit.

Rose Bailey, the owner of Rose's Kountry Style Resturant in the area, said the layoff has even forced her to cut staff from four to three.

"The lunchtime get less busy," she said, while saying the business is preparing about 50 pounds less chicken per day.

Winsome Bennett, a bar owner, who had a painful look on her face, said: "It affects me bad, bad. Things just no bright like before. Sometimes nothing at all mi no sell and mi have to pay the bartender."

Bennett said she used to buy four cases, each of the different beers weekly, but has not bought anything for the last three weeks.

Even a gas station, 12 kilometres away, a worker admitted they are also affected.

"Most of the people would stop and buy gas in the morning; we are not seeing them again, so sales drop by about 20 per cent," a worker told the CENTRAL STAR.