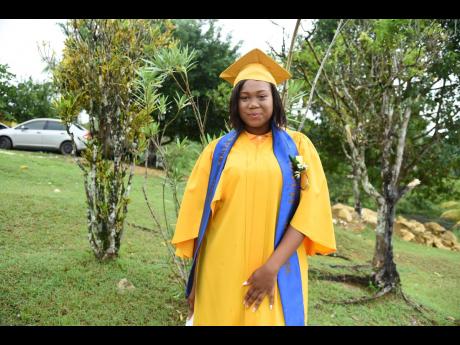 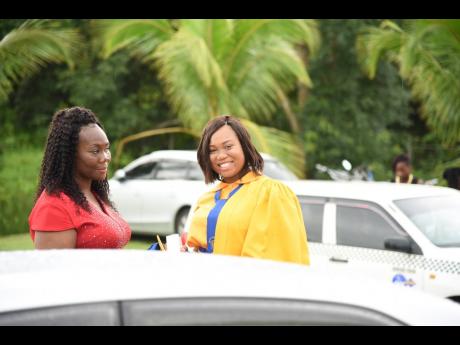 If it were up to Tashel McLeish, she wouldn't have gone to Aberdeen High School.

But after spending five years, half of which she said were painful days, she left a grateful teen.

McLeish said that when she got the news of her GSAT placement to Aberdeen High, "I did not cry, I mourned."

"Aberdeen had just started. I didn't want to be there; it wasn't a traditional high school. Up until grade nine, I said I still didn't want me to be there," said the 18-year-old.

Her mother tried to get a transfer, but no luck.

"I was on edge at that time. I had nowhere else to turn," said McLeish, whose GSAT average was in the 80s.

She said a teacher at Aberdeen sat her down to point out, " it is not where you go, but what you plan to do".

"That didn't even change anything; I had challenges up to grade nine, I didn't want to be there," she said.

She went on to get four more passes in 10th grade. She left the school as the top-performing student with 10 subjects overall. She got passes in subjects including agricultural science (grade one), food and nutrition (one), physical education (one), information technology (two), English language (two), biology (two), social studies (three) and chemistry (three).

"I am over the moon, I graduated with 10 CSECs out of 11," she said, while noting that Spanish was her only failure.

She praised the teachers at Aberdeen High who have worked with her over the years.

"If I had gone to a traditional high school, I think I would have been lost in the system. I believe God was on my side at that time," she said. "I wasn't the fastest of students. I was pretty slow, and to see where I am today because of Aberdeen High School's teachers, is like, yeah."

She advises fellow students, " do not judge the book by the cover." McLeish singled out her mother, Marsha Williams, as one of her main driving forces.

One of her biggest disappointments was losing one of her friends, Sydonie Johnson, who committed suicide earlier this year.

"She could have been so great. We always talked about becoming the two lawyers out of Aberdeen's first batch," she said.

McLeish said the fact that fellow students tried to tear her down was a disappointment that she used as motivation, not because she "want to prove anyone wrong", but because "I want to prove that I was right".

McLeish, who said she wants to be a biologist, turns her attention to Maggotty High's sixth form. She promised "to take Maggotty by storm".