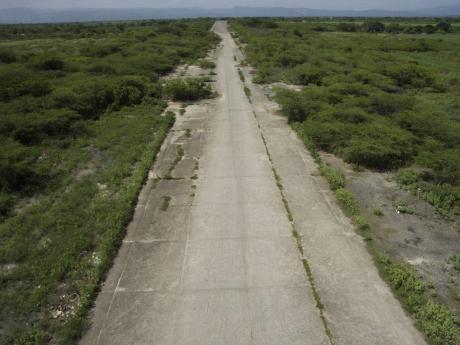 The Government will be tapping into the local pool of architectural talent to design the layout for the US$2.5-billion Vernamfield Development project.

Dubbed 'Aerotropolis Jamaica', the project is intended to transform the Vernamfield property in Clarendon, which was previously an army base, into an aerodrome to provide international air cargo and logistics; aircraft maintenance, repair and overhaul (MRO) services; and an aeronautical training school.

For the design of the proposed aerotropolis, which is still in its early planning stage, the project team will be calling on the knowledge and expertise of professional institutions and academia, including students at the University of Technology (UTech) Caribbean School of Architecture (CSA).

Project manager for the Vernamfield Development, Lieutenant Colonel Oscar Derby, said that the administration is looking at the CSA to " help us in formulating our plans and to build out our airport and all the structures around it that will be networked to the airport".

"We believe that UTech offers a skill and a capacity that will help us and reduce the extent to which we have to go overseas for the kind of expertise that we need in the development of the area. This will enable it (the project) to be pretty much Caribbean or Jamaican in its look when it is done," he adds.

Derby says the project team believes that the proposed engagement is a good opportunity for young people to bring their creativity to a major development.

"The good thing about the development is that it is not an overnight thing. While the airport can be built within two to five years, the development around it is going to be over the next 20 years. So our young people can see a whole career in this development," he said.

Preliminary works on the Vernamfield development are under way, with the clearing of vegetation completed. A construction team is undertaking grading and compacting work on the existing 6,500-foot runway.

Minister without Portfolio in the Office of the Prime Minister, Mike Henry, in his Sectoral presentation on July 16, said that the Airports Authority of Jamaica is engaged in the acquisition of private property and the transfer of Crown lands near the runway, to allow for compliance with standards relating to runway geometry and Obstacle Limitation Surface (OLS) requirements.

He noted that concrete structures within the protected verges of the runway have been demolished in keeping with OLS Standards, while Jamaica Public Service power lines along the Gimme-Me-Bit main road would have to be rerouted or buried, and trees removed.