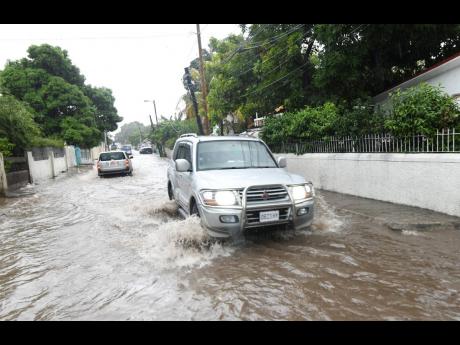 Two St. James men have been charged with murder. The two have been identified as 40-year-old Jeconiah Dixon of Roehampton, and 32-year-old Andre Bennett, a mechanic of Adelphi.

Dixon is accused of strangling a Westmoreland woman and dumping her body in bushes, while Bennett allegedly shot and killed 23-year-old Toshane Peterkin during a dispute.

Police have charged a security guard with murder after he was allegedy caught on camera beating a man with a stick.

The security guard is 34-year-old Marvin Powell of Mount Salus, Stony Hill. Powell was charged by detectives attached to the St. Andrew Central Division in relation to an August 29 incident, after security camera footage showed him using a wooden stick to inflict several blows to an unidentified man, who later died.

The Brown’s Town Chapter of the Jamaica Civil Service Association (JCSA) in St. Ann will join forces with the Jamaica Environment Trust (JET) to remove garbage from three beaches in Discovery Bay, as part of International Coastal Clean-up Day, September 21.

MOST OF THE STREETLIGHTS NOW IN WORKING ORDER

The Jamaica Public Service says it has repaired 98 per cent of the streetlights across the island. The company said it has repaired 9,585 lights and is now focusing on restoring the remaining lights.

Some of the areas in which teams will be working include: Maxfield Avenue, Tivoli Gardens, Denham Town, the Rockfort Main Road and sections of Red Hills in Kingston; as well as sections of the Rose Hall Main Road, Bogue Main Road and Howard Cooke Boulevard in St. James.