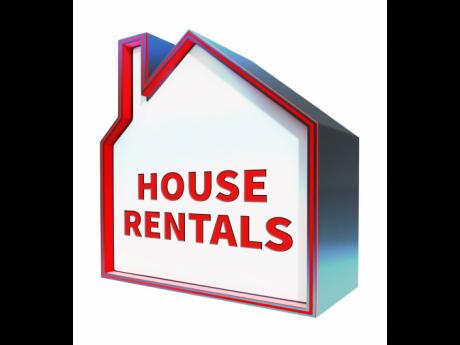 T amara Jones, a United States resident, who rented a house in Bull Bay, St Andrew, claims she has been conned out of $50,000.

Jones told THE STAR that she frequently comes to Jamaica, so, she decided to find a place to stay. She made a payment of $50,000 to a woman she has never met, for a property she did not inspect.

The 45-year-old says she met a woman at a hair salon, who informed her of a place she could rent in Bull Bay. She was shown pictures of the property and decided that it would be ideal for her and her family.

"I paid her (the lady from the salon) $50,000 and she said they were fixing it up. I had told her I didn't want to move into the place unless it was finished fixing up, since I planned to come back to Jamaica at least two to three times a year, and bring my kids. It's a three-bedroom house, a full house and it was going to be long term. Even if I wasn't there in certain months, I would send the money through Western Union," Jones told THE STAR.

After receiving the key to the property, Jones said she got the shock of her life. The house she had seen in pictures was a stark contrast to the dilapidated structure in front of her.

"Windows were falling out, the toilet and kitchen sinks were leaking, the house had no back door, only a grille, and cats kept coming in the house," she said.

Jones alleged that after three days, the living conditions became even more unbearable.

"I started hearing gunshots at nights and early mornings and they told me it was just bird season ... I told her to give me back my money and she said she not gonna give me anything and that I can't sue because everyone who lives up there is on captured land, and it's not like America where I can sue someone. I took that as a sign from God that I shouldn't go back to that place. I went and stayed with some associates."

Though she is planning to leave the island next week, Jones is hoping to have her money refunded to her before she goes. The renting experience, she says, has left a bitter taste in her mouth as it relates to Jamaicans and their hospitality.

"I'm a kind hearted, free giving individual ... I don't like to lie or like to be lied to," she said. "This is why lots of Jamaicans who migrate don't wanna come back here because of the stress and it's truly taxing," Jones said.

To make matters worse, Jones said she is unsure of the correct name of her landlady and does not have a telephone number for her.