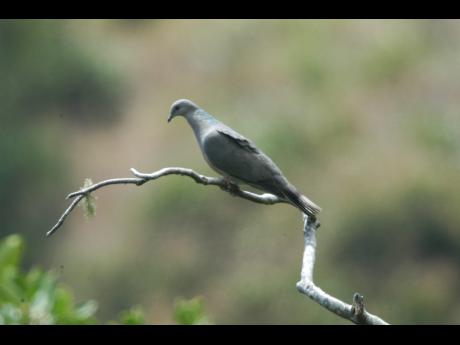 ‘Blacks’ was never one to believe in duppy stories, even though, growing up, he always heard about rolling calves and fallen angels. Three months ago, however, he experienced something that changed his perspective and his beliefs.

Based on the sounds he heard, Blacks told THE WEEKEND STAR that he expected to see horses trotting down the lane. His curiosity soon turned to astonishment as instead, he saw a man running towards him.

“Mi deh deh for a while and a consider say what is this. When mi look is a likkle short man mi see, him bout two feet tall, a run fast, fast, fast. When mi look again, me see the man run go straight up inna a tree and turn inna bird,” he said.

“Him turn inna a bird and start smoke a pipe. It was moon shine so mi could a see him clear, clear, because no lights were there. Mi never talk to him because it is first mi see this and mi did scared. Mi see him wid a pipe in his mouth and him just a blow it. Him just use him foot and hold the pipe. Mi did just stand up and a look pan it, like how mi a look pan you,” he said.

Never before has Black experienced something like this, and, he said that this had cemented his belief that spirits are real. From that day, however, he has not seen the creature; neither is he trying to behold such a sight again.

“Mi always hear about duppy stories, enuh, but me never believe in it. This mek mi believe. Duppy story and evil stories are real,” he said.