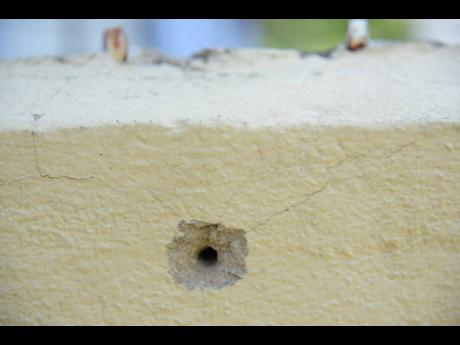 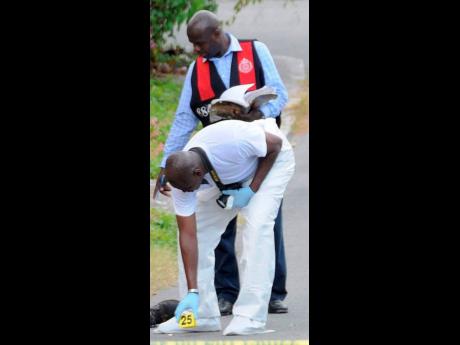 Dayne Scott was set to graduate from the university this November. The 36-year-old was shot and killed on his way home in Rockfort, east Kingston on Sunday.

Residents told THE WEEKEND STAR that his death has further shaken the war-torn community.

"Him nuh trouble people. Him walk and talk to everybody. All him mada could a seh a 'weh him do, weh him do'," one resident told THE WEEKEND STAR.

Reports from the Rockfort police are that Scott, who lived on Commission Road, was walking home about 9:50 a.m. on Rusden Road when he was pounced on by an unknown assailant who shot him in his upper body, killing him.

Residents of Rockfort are so fearful these days, many refused to speak about the mayhem around them. And those who did, asked for their identities to be kept a secret.

"People in here a shiver and a tremble because innocent people a get caught inna the war," Jane* said.

John* said the innocent residents are forced to pick sides in a war that does not concern them.

"If you come from up deh so, and come talk to me from dung deh so, you a go dead, tru that," he said.

Phillip Paulwell, member of parliament for east Kingston and Port Royal, is appealing to persons to pass over information to the police. He said that it is unfortunate that a promising youth in the community was killed because of a war that could be stopped.

"I pledge full cooperation and urge all the citizens to ensure that information was passed over to the police. I give full support to the police to arrest those persons who are said to be involved. I condemn the incident because he was just an innocent bystander who was killed when an attack was done on somebody else and I don't only condemn it, but I urge the police to ensure that the killer(s) are brought to justice," he said.

Head of the Kingston East Police, Superintendent Victor Hamilton, said gangs are destroying the communities in the Rockfort area.

"It is just something that we trying to put a lid on and try to eliminate. It's really sad that you have this road and that road, and people are just dividing themselves and making enemies out of each other," he said.

"We continue to carry out operations in the space but so much of it depends on what the community wants, what the members of the community want. We need other stakeholders to come on board with us. We have been getting the response from the churches but not much more," he said.