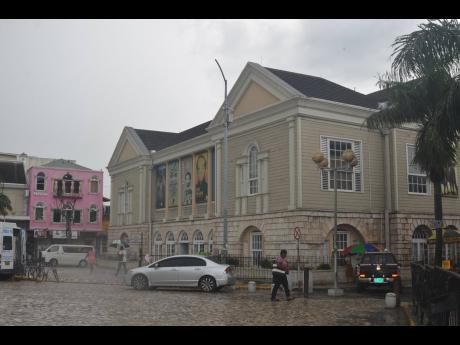 The Jamaica Coalition for a Healthy Society (JCHS), the Love March Movement (LMM) and Jamaica Cause have commended Montego Bay Mayor, Homer Davis, and Councillor Charles Sinclair "for publicly expressing their desire to protect the cultural heritage and historic significance of the Montego Bay Cultural Centre (MBCC)".

This, after Davis denied the gay-rights group Montego Bay Pride permission to use the MBCC for a series of events it was planning to be held there.

The rights groups chastised Montego Bay Pride for pushing its agenda at a time when Jamaicans are celebrating their national heroes.

"We consider it to be in poor taste for any special interest group to seek to hijack an occasion of national significance in order to advance their political agenda. The lesbian gay bisexual and transgender (LGBT) political movement is an international agenda that has proven its intention to coerce societies into accepting as normal, unnatural behaviours," said the groups in a press release yesterday. "To add insult to injury, not only is the timing an affront, but the location chosen to celebrate bondage to sexual perversion, is where National Hero Deacon Sam Sharpe gave his life for our freedom."

The groups called on all Jamaicans to resist efforts at what it called "cultural indoctrination" and to preserve the values and heritage of Jamaica's forefathers "that will lead to a sound, healthy and flourishing society for all".