STAR of the Month: Macka Diamond yearns to learn more languages - Says it adds value to the music 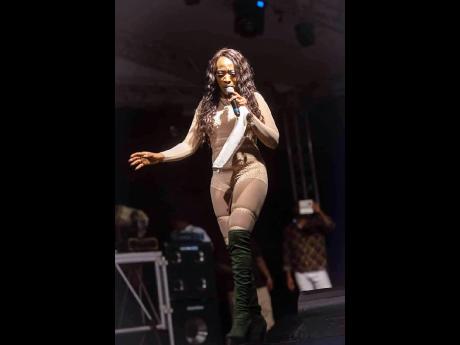 Macka Diamond on stage in Seychelles. 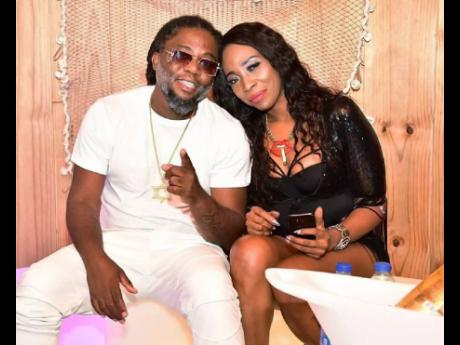 Macka Diamond has returned to Jamaica following successful performances last month in Seychelles, off the coast of East Africa, and Mauritius Island in the Indian Ocean.

She also conducted a short unofficial tour in New York to promote her Cucumber and Best Friend singles as well as her Nicki Minaj Megatron refix Chat Chat Chat.

While it was not the STAR of the Month’s first visit to Africa, it was her first major festival performance and her first time visiting the French speaking islands.

It was also an inspiring one for her, where the language barrier has her contemplating learning new languages.

The events were the Manieshaad Festival at the Seychelles Mini Stadium, and a club performance at the Nyam Nyam Restaurant in Mauritius, where Macka Diamond was a headliner.

“(It) Mostly featured French artistes with them performing and people singing in their main dialect. It was one of those moments I wished I could speak French to even sing along,” she said. “I know a little Spanish from high school and was able to record the Spanish version of Dye Dye, but I have always thought about expanding my comprehension and learning more languages like French but also wondered if it was too late.”

She recalled that one of her most memorable trips was to Japan.

“I did what I do in places that don’t speak English or understand patois; I asked people to teach me popular slangs and even the words that refer to the female and male private parts and just go on stage and big up the man and woman dem wid the ‘good good’. The greetings usually help to hold the crowd’s attention,” she said.

She says although music is a language, knowing other languages add something extra to an artiste’s performance.

“Maybe I’ll exercise my brain and see what other languages I can learn because knowledge is power and it adds value to the music,” she said. “The people may not understand what we are saying but surprisingly, they know the lines of my songs word for word and follow the rhythms of the dancehall. So even when they cannot sing the lyrics at all, dem just jump up and gwaan like dem understand and me gwaan like them understand it too.”

She notes that dancehall has always had the power to create an impact on the world and break barriers.

Macka Diamond sees these opportunities as proof that her work as a dancehall artiste over the years has paid off and that she is very much in high demand worldwide.

“It was a great experience for me. The islands are beautiful, the people are warm, and definitely a great look for my career which spans more than two decades. It proves that good music prevails over the noise of the streets of dancehall in Jamaica and artistes should focus on making good songs for the world to love,” she said.

The STAR of the Month is expected to perform next in Roatán, Honduras, at the end of the month.