Too much drama in dancehall, says Don Mafia - Artiste-songwriter stirs up some of his own with latest track 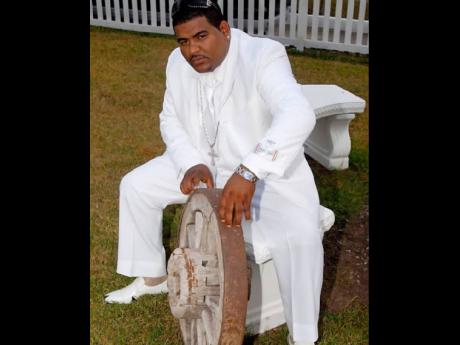 From feuds between artistes to public stunts, Don Mafia says the drama in dancehall is the latest trend and he is using the lead stories to make a theatrical presentation.

"This new trend is about making headlines or as dem seh in the social media world, going viral," Don Mafia said. "Back then (the 90s) it was about flooding the airwaves and streets with songs continuously. Now di ting change up because everybody a find a way to be the spotlight and get their name on social media for a week ... drama this, drama that ... maybe it too much or just trending why it look suh."

But one of Don Mafia's latest productions titled Drama (Inna Dancehall) also stirs up a bit of drama as the artiste calls out Konshens for his nose piercing, Beenie Man for the recent argument with the 6ix, as well as Yanique's 'underwear' incident and Dexta Daps' stage acts.

It is controversial to say the least, and the animated video that was released on the weekend to accompany the track is an artistic yet amusing expression. But, according to Don Mafia, this was the original idea of dancehall music.

"That is the way music is done, to bring off a different energy that makes the people think and have fun same time, plus the lyrics is only repeating and addressing some of the hot stories that have been making the news in the dancehall community," said the artiste.

Interestingly, Don Mafia used to write lyrics for Beenie Man, but they parted ways more than a decade ago.

"Let it be clear that I was not trying to disrespect any artiste or be negative; not every artiste can come with hardcore lyrics and the rhythm inspired a more animated message," he said.

He says most of the feedback has been suggestions to do a follow-up which talks about more drama.

Instead the tracks that follow titled No Music No Vote and Social Media make mention to other topical issues in the dancehall.

"If it stir up drama it is not any fault of mine. I have no control over what the artistes who are mentioned will think (none have reached out either) but I don't plan to dwell on it because is not all the time you going to please the industry. Is the people that listen dancehall and support it who I am trying to please. I also rather preach peace and love in dancehall than to have dispute with anyone," he said.