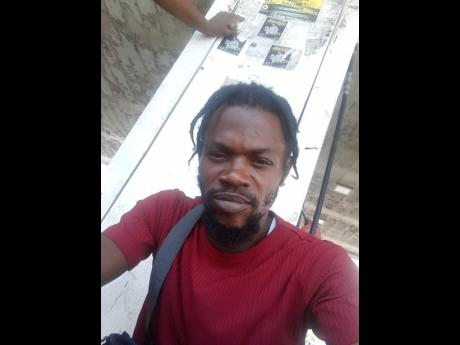 Taxi operators who gathered at a gas station on Constant Spring Road in Half-Way Tree in St Andrew this morning said their slain colleague, Keeno Britton, was a role model.

“A lot of us taxi men look up to him. Him was just a free-handed person. If him have a car weh him a drive, him nuh hesitate fi give yuh a drive off it. Di whole a wi a guh miss him,” Sean, a taxi man, said.

Britton was stabbed to death, allegedly by the driver of a Jamaica Urban Transit Company (JUTC) bus, on Monday night.

Taxi operators who ply the Duhaney Park to Half-Way Tree route withdrew their services this morning as they protested his killing. They also held a 'vigil' in his honour.

“Most a di man dem weh yuh see out yah suh, a him buss dem inna driving. The whole a wi weh out yah suh a him friend," another taxi man told THE STAR.

The taxi operators have vowed to continue their protests, at least until the end of the day.

Thousands of commuters have been inconvenience by the strike action.

“A nuff people haffi turn back from work because dem cya get no taxi," one woman told THE STAR.

Britton's killing was following by the slaying of a JUTC bus driver in the New Kingston area just after 12 a.m. It has not been ascertain if the incidents are related.

The JUTC, however, pulled its drivers from the roads, causing a headache for commuters who depend on its service.