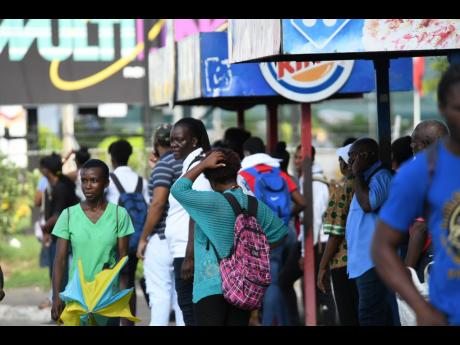 Many persons who depend on the JUTC had to find other means of transportation this morning.

Paul Abrahams, the managing director of the Urban Transit Company (JUTC), is scheduled to meet with representatives of representatives of the various taxi associations and his drivers today amid growing tension in the public transport sector.

A taxi driver was stabbed and killed, allegedly by the driver of a JUTC bus in the vicinity of Washington Boulevard on Monday night. And hours later, a JUTC bus driver was killed in the New Kingston area. The second incident took place just after 12 a.m. It has not been ascertain if the incidents are related.

The JUTC, however, pulled its drivers from the roads, causing a headache for commuters who depend on its service.

Cecil Thoms, the communications manager at the bus company said, the drivers are in fear. He said that Abrahams, in meeting with the stakeholders, is pushing to have normality restored in the sector quickly.

In the meantime, transport minister Robert Montague is urging calm in the sector.
In a statement this morning, the minister said that the police are investigating two incidents which led to fatalities and have caused some tension in the sector.

“I wish to put on my human hat and say to the family of the deceased, my profound condolences and deepest sympathies. I cannot imagine the pain associated with your loss,” he said.