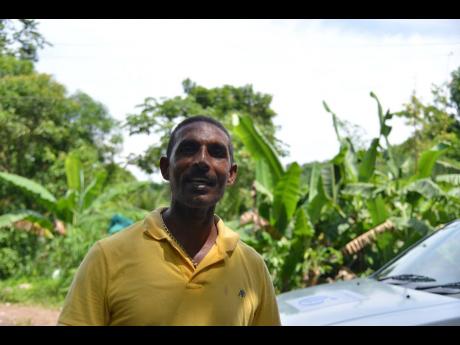 Charles Murray said his pumpkins and cucumbers can thrive again. 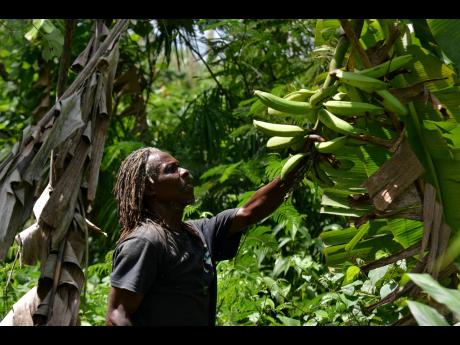 Everton checks on his plantains in Comfort Hall, St Mary. 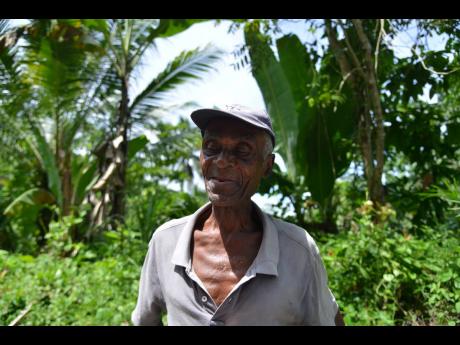 Wellesley Anderson said he lost his yellow yams during the drought.
1
2
3

T hough sections of the island have been inundated following recent heavy rains, some farmers in St Mary are welcoming the drops from the skies.

THE STAR spoke to farmers in Comfort Hall, who were affected by the drought during the summer. They suffered then, but said things are looking up now.

Charles Murray, who has been farming for roughly one year, said that he lost pumpkins and cucumbers during the drought as there was not enough water to get the crops to a ready stage. He said now he is happy with the rainy weather because his crops are sprouting again and he is now able to make some money off his produce.

"Mi did have some pumpkin and cucumber weh did buss up (because of the heat) but now dem a spring again because rain a fall," he said.

When asked what his estimated loss was, he said that there was no way to put a value to it because the loss was so tremendous.

Everton, who lost most of his plantains, said that there are good days ahead because of the recent rains.

"I plant plantains, corn, pumpkin, and banana just to name a few things. Mi did lose most of me plantain dem because dem did dry up. I had to start replanting some of the crops and some revive on their own," he said.

He said that he is expected to start some reaping this week.

"Mi start reaping some things but I know that next month, I will be good. I lost mostly plantain because the time was so dry," he said.

Wellesley Anderson, who has been farming for more than 30 years, said that things are a little better now that the rains have started, but he said that the affected farmers were not completely out of the woods yet.

"The farm a pick up back, but mi want some help (from Government) to get things back to the way they were. Mi yellow yam dem gone, so me affi a start brand new. It rough man," the 79-year-old said.