Munro student passes away in his sleep 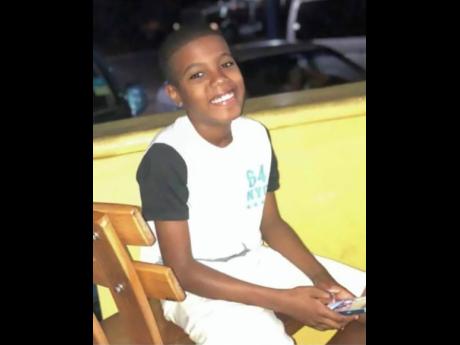 The Munro College family in St Elizabeth has expressed its condolences to the family of 14-year-old Diego DeSouza, who it is suspected died in his sleep yesterday morning.

"I wish to thank the tremendous support that we have received in a short period of time and we pray for the family in this time of tremendous loss. We ask the entire Jamaica to pray for us. It appears that he may have passed away in his sleep," said principal of the school, Mark Smith.

Police superintendent for St Elizabeth, Samuel Morgan, told THE STAR that information he received is that young DeSouza may have had some medical condition and so far investigations do not suggest any foul play.

In a release, the school described DeSouza as an affable, well-respected, third form student and prodigious footballer. THE STAR learnt that his father Sean DeSouza and his brothers all played football.

Diego's principal at Hague Primary and Infant School in Trelawny, Damien Elvin, said that he had a warm personality and got along well with the teachers and children.

Even though his time at that institution only lasted one school year, Elvin said Diego would be missed.

"He was a very special child here. He was part of our football team, our quiz team and he only spent a year with us interestingly. He came to our summer school and fell in love with the teacher and our school programme, and asked his father to transfer him from prep school to here. So he came here and he played a very integral role in terms of his participation," Elvin said. "He spent (only) his grade six year with us and you would not have known that because he blended in quite nicely and he has a very warm personality."

Karen Foster, the teacher who was integral to Diego attending Hague, said that she was in complete shock when she got the news.

Even though she was not his form teacher, she said that he would always come to her classroom and talk to her. Even after he left for high school, they still kept in touch.

"I just could not believe it. Sometimes I would see him in the supermarket and he would come and hug me or wave to me. His father would occasionally come by the school and when he sees me, he would tell him about Diego's progress," she said.