Man stabs himself in the neck 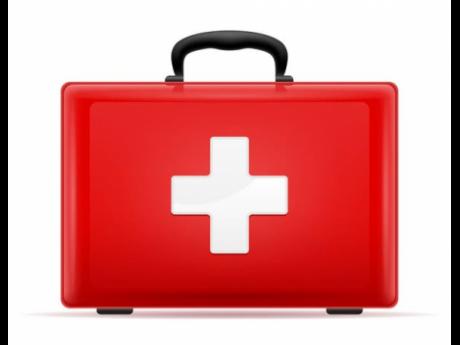 A 27-year-old man is in hospital after he tried to kill himself by using a broken bottle to stab himself in the neck, while at a supermarket in Spanish Town, St Catherine, last Saturday.

"He was complaining to some worker, and some customers seh him family dem nuh like him, dem a seh him a jacket and all a dem something deh, so him feel like kill himself. And that's what he was trying to do," an employee of the supermarket told THE STAR.

"Him tek a scissors and a try stab stab up himself with the scissors, and that wasn't working so him tek a bottle and bruk and stab himself inna him neck," she added.

She said that the police and an ambulance were called and he was rushed to the Spanish Town hospital.

The police have said that the man is from a Portmore, St Catherine, address. He is currently in hospital receiving treatment.